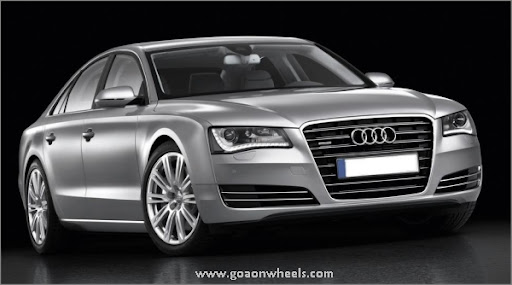 Equipped with a 4.2 litre petrol engine, which delivers 372 HP power, 445Nm of torque at just 3,500 rpm, the sedan made its debut at the German carmaker’s largest showroom in India that was opened in Delhi.

“Audi A8 L will allow us to further build upon the tremendous growth potential that the Indian market presents. With Audi witnessing record sales in 2010 to achieve exceptional growth, we believe the new sedan will continue to spur demand in India, and set benchmarks in a segment where we have been defining automotive excellence the world over,”.

The Audi A7 Sportback has been officially launched. It is a big four-door coupe type of car with a hatch, like the Porsche Panamera. The A7 will feature a lightweight body made with aluminum components […]

Audi, plans to enter the used car business in India in a big way. The company is looking in a big way to pus sales in India as it is eyeing the number one spot […]

Audi plans an onslaught of new models by extending the Q range with new models like Q2, Q4, Q6 and Q8 in the next 2-4 years. Audi plans to have 7 models under the Q […]