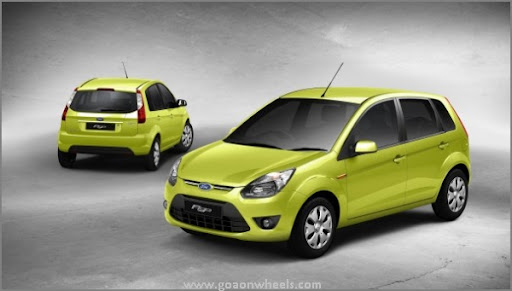 Ford Figo was selected as Indian Car of the Year (ICOTY) 2011 today, earning the country’s top automotive award in the fiercely competitive and rapidly growing Indian market. Now in its 6th year, the ICOTY is awarded to a new vehicle after comprehensive testing by a jury of leading automobile journalists in India.

Recognition from some of India’s most respected and influential automotive reporters further reinforces Figo’s reputation as a well-designed, fuel-efficient and fun-to-drive vehicle that delivered exceptional value-for-money for thousands of new car buyers across India. On behalf of all the dedicated men and women at Ford India, we are extremely grateful to the jury members and to our customers for choosing the Figo.

Srinivas Krishnan, editor, Business Standard Motoring and Chairman, ICOTY 2011 said they knew Ford had a potential winner on its hands even as they lined up the contenders. He said, “The Figo’s crisp driving dynamics, two fuel-efficient engine options, cheerful styling and interiors and, of course, its terrific pricing, simply propelled it to the top of the honours list. It’s only appropriate that the Figo has won the Indian Car of the Year 2011 award, because Ford engineered the car specifically to cater to the needs of the Indian market.”

The prestigious ICOTY award is the latest of many accolades the Figo has received since its introduction 10 months ago. More than 60,000 Figos have been sold since March, setting a new sales record for a single nameplate in India. Figo has become one of India’s best selling vehicles consolidating Ford’s position in the Indian automotive sector.

From January to November 2010, Ford India sold 79,586 units across its lineup, an increase of 185 percent compared to the same period last year. The Figo is being exported to South Africa, and is a finalist for the South African Car of the Year award, which will be announced in early 2011. The Figo is also exported to Nepal and in 2011 an additional 48 international markets will start selling the popular small car.

Mercedes-Benz India maintained its strong market performance in the first six months of the year, as it announced an impressive half yearly sales. Strong half yearly growth of 58% achieved, buoyed by the success of  […]