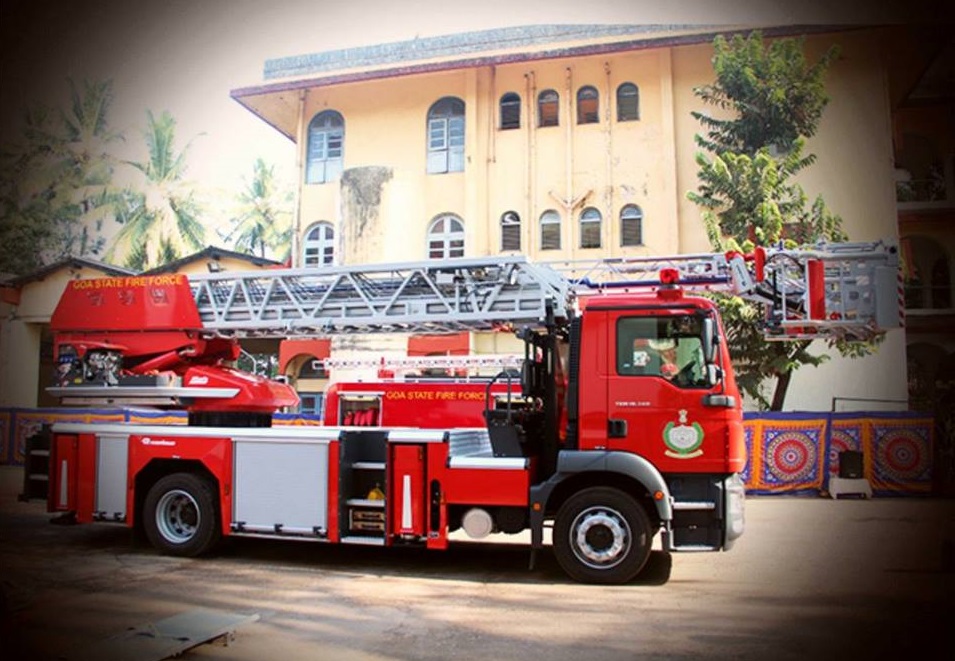 The Goa fire department, Panjim, has procured a new Fire rescue vehicle, which is called the Skylifter with Turn Table Ladder.  The new hi-tech vehicle from MAN can reach a height of 32 metres and can be used to fight fire in the numerous high-rise buildings without entering the building on fire.

The capital city of Goa, Panjim has seen a large of high rise constructions in the last decade and now has over 208 high-rise buildings. These building could be prone to fire hazards, as they do not have adequate fire safety mechanisms.

To counter any emergency situation, Goa fire department, Panjim has imported the new hi-tech vehicle which is priced around Rs 6.68 crore and is fitted with state of the art technology for all kind of emergencies.

The MAN fire engine is fitted with aerial ladders that can rotate 360 degrees and reach up to 32 metres within 90 seconds. It is also equipped with heavy duty exhaust fan and a hose that can spray 1,400 litres of water with a throw of upto 50-metre distance.

It is also provided with a foldable cage, which can carry a load of 500 kgs or five persons for rescue operations. The turntable ladder is equipped with anti-collision sensors. The vehicle can be used up to a wind speed of 22 metres per second at any height.

The new vehicle was launched by Chief Minister Mr Manohar Parrikar in the presence of Chief Secretary Dharmendra Sharma at the fire department headquarters.

Bajaj Avenger has been chosen to motorcycle for the first fleet of 20 two-wheeler ambulances. Goa, one of the most popular tourist destination of India has launched bike ambulances in the state, to improve response time […]