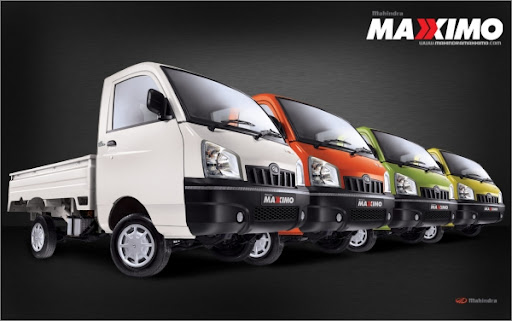 Mahindra entered the light pick up vehicles market by launching the Gio mini truck and with the Maxximo.

Mahindra now plans to increase its share in the light commercial vehicles market by launching new variants of its sub-one-tonne mini-truck.Mahindra will launch a passenger carrier and a goods carrier with at least a one-tonne payload on the Maxximo platform in four-six months.

The 8-10 seater passenger carrier will be positioned in the multipurpose vehicle (MPV) segment. The carrier will go up against Maruti Suzuki India Omni and Eeco, which control 80% of the market, and Tata Motors’s Magic.

Tata motors on the other hand will launch its new peoples carrier Magic Iris on pan India basis and will also launch its new offering Venture van, both models unveiled at the 2010 Delhi Auto expo.

The Tata Aria, the first Indian crossover, will be commercially launched on October 11, 2010. It will be made available across all major cities and towns of the country. First shown as a concept at […]