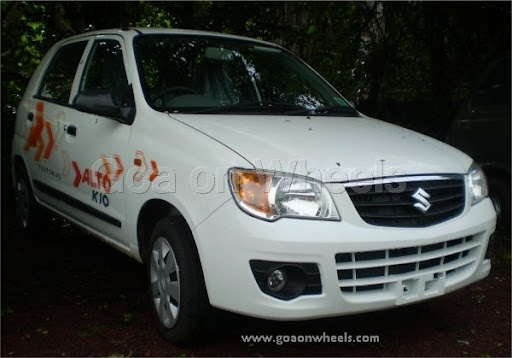 Alto K10 latest entrant into the compact car segment, from the Maruti’s stable, has become the fastest selling model in the country ever, clocking sales of over 20,000 units in the last 40 days.

Shashank Srivastava, chief general manager, Maruti Suzuki India said, “We have already sold more than 20,000 units of Alto K10. No other model in the country has received such a response within 40-odd days since launch.”

Prior to Alto K10, Maruti Suzuki had registered record sales for the Ritz which was launched in May 2009. Ritz sold 15,000 units within the first two months of its introduction. Annual sales for the car stood at 67,000 units.

With the Alto K10 variant coming in, sales shot up by around 27 per cent to 28,000 vehicles for Alto (which includes both the Alto 800cc version and the new K-10) alone in August. Buoyed by the response K10 has got, the company now is looking at selling 30,000 units of Alto this month.

A days back the RIII spy pics were just out and very did we know about the new MPV from Maruti Suzuki. Autocar India has just got more pics and juicy updates on the new […]

Maruti Suzuki is all set to launch the premium new S-Cross crossover tomorrow. Nexa dealerships have started accepting pre-launch bookings for the S-Cross at an amount of Rs. 11,000. Power for the S-Cross will be […]