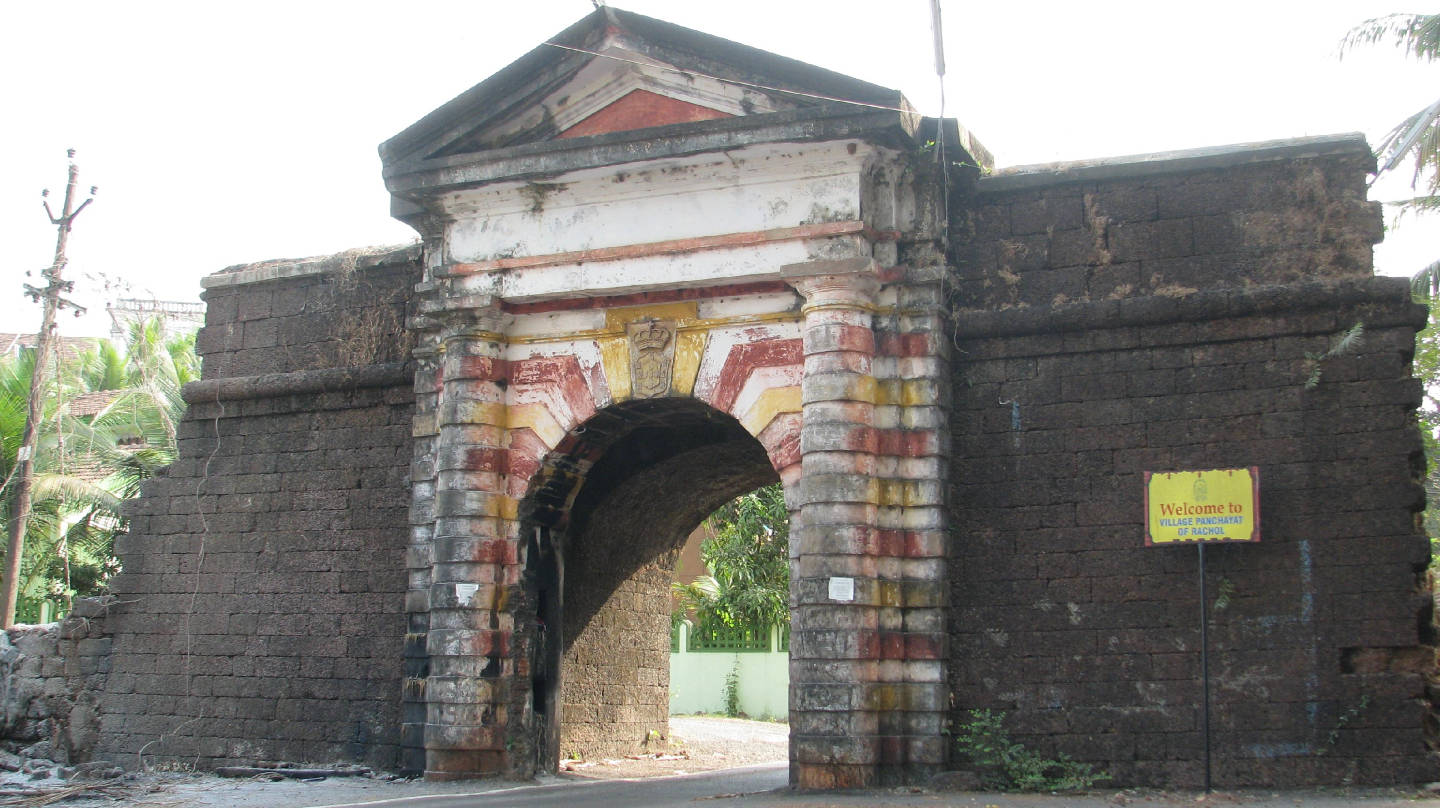 Only an archway made of stone and a dry moat remain of Rachol Fort, one of the oldest forts in Goa. Built by the Bahamani sultans, it was captured by Krishnaraya, king of Vijayanagar, but later bartered to the Portuguese, in 1520, for their alliance against the regions’s Muslin ruler.

Today, Rachol, located 7 kms from Margao, is known for its Jesuit Seminary, which was once contained within the fort. Once, however the citadel housed 100 guns and withstood a siege by the formidable Sambhahji and his Maratha army in 1684.

With the New Conquests of the 18th century, the Portuguese troops moved away from its walls and it gradually fell to its current state of disrepair.

One of the fort’s captain, Diogo Rodrigues, has acquired some degree of historical notoriety for having supervised the destruction of many temples in Salcete taluka in the mid-16th century. His tombstone, in the Rachol church, proclaims ‘Here lies Diogo Rodrigues, “o do Forte”, captain of the fortress, who destroyed the pagodas of these territories. He died on the 21st of April of the year 1577’.

Bajaj Auto – the World’s Largest Manufacturer of 3 Wheelers, unveiled their new range of “RE” passenger Vehicles. The new RE range delivers even more on these values.  This new range of RE vehicles are   BS-III compliant […]

Its official by Toyota: Etios diesel twins on the 9th September

Toyota will launch the Etios sedan and Liva with diesel engines on the 9th of September. Toyota has started accepting bookings for the Etios. The dealers are charging Rs. 50,000 and accepting the bookings The […]