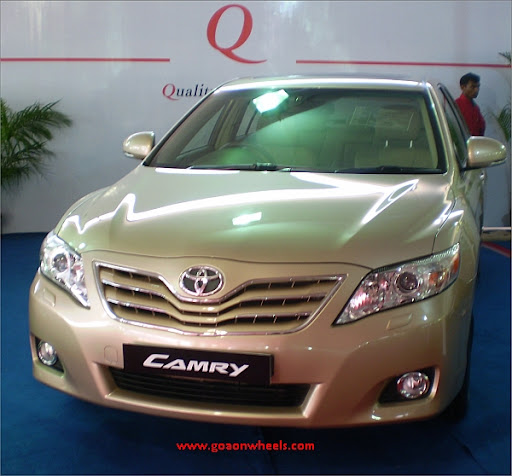 Toyota Kirloskar Motor registered sales of 9,681 units in April 2011. The surge in sales was mainly due to the Etios sedan launched by Toyota. The Etios sold 4,657 units in April 2011 followed by Innova and Corolla Altis. The company also sells the Fortuner, Prado and Land Cruiser SUV in India.

The Japanese automaker is struggling to meet demand as the production is affected but he the short supply of parts mainly due to the Tsunami which has affected the operations in Japan.

Bangalore, May 1st, 2011: Toyota Kirloskar Motor registered sales of 9681 units in April 2011. The company sales grew by 61% when compared to the corresponding period last year. The growth is largely driven by the impressive sales of the Etios with 4657 units in April 2011.

Mr. Sandeep Singh, Deputy Managing Director, Marketing, TKM said, “The growth last month can be attributed to the encouraging sales of Etios. We have so far sold 12758 units since its launch in Dec last year.

We have incurred a loss of approx 2900 units in April due to the production adjustment.  However, the actual impact of the temporary production adjustment will be felt in the month of May, as we will operate at 30% of our normal capacity. We deeply regret the inconvenience caused to our customers.

Our dealers will be in constant touch with them and will keep them updated on the developments. This is just a temporary phase, we will resume production as soon as possible. Until then, we seek our customers support and understanding in these troubled times.”

The picture above is Tata Aria, the next big model from Tata Motors. Tata Aria was unveiled at 2010 Delhi Auto Expo. There are some rumors that the vehicle may be launched in July. Thanks […]

Toyota Etios, Liva get power steering on base variants

Toyota has introduced power steering on base variants of the Etios and the Liva. The company initially did not offer this features on the entry J variants. Toyota has been improving the Etios series on […]