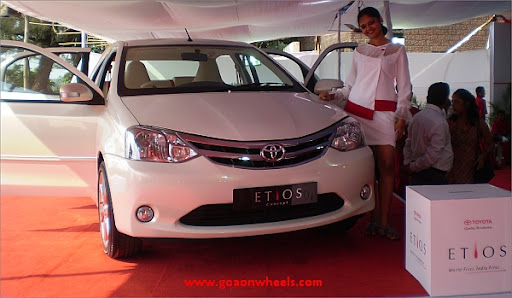 Toyota Kirloskar Motor has announced the normal production starting from May 20th. The company had scaled down operations due to the Tsunami which occurred in Japan.

Toyota has received an overwhelming response for its Ethios sedan and the full-fledged production wil help to bring down waiting periods.

Toyota Kirloskar Motor (TKM) announced that it will resume normal operations earlier than expected. In the wake of disruption in supplies the company had earlier suspended production on Mondays and Fridays between April 25 and June 4.

TKM’s parts sourcing is getting back on track, production will return back to normal levels starting 20th May, 2011. Plans are afoot to recover loss of production and reduce the waiting period. The plant will function on all weekdays and some of the non – working Saturdays.

Mr. Hiroshi Nakagawa, Managing Director said: “We are happy to announce that we will be able to resume normal production much earlier than expected. Our focus is to reduce the backlog and jointly work with our vendors to minimize delivery delays.”

Mr. Sandeep Singh, Deputy Managing Director, Marketing, added “We would like to thank our customers for their patience and understanding during these troubled times. Our dealers will continue to be in constant touch with the customers and will ensure timely communication. We are now all set to launch the Etios Liva. The launch will be as per schedule in the last week of June.”

Brazil to get refreshed Etios Series, India could follow

We just reported the feasible launch of the Etios Series in the Malaysian market under the Perodua brand. Toyota will soon launch the Etios in the Brazlian market. The launch is most likely to happen […]

Tata Motors plans to build the Nano is Indonesia. Thailand was the first contender for the small car, but the investments and condition to produce 100,000 cars by the fifth year may have turned the […]