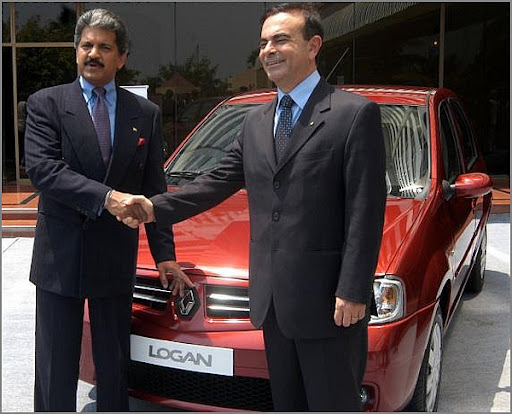 Mahindra & Mahindra (M&M) and Renault have restructured their joint venture for making the sedan Logan in India, following which the Indian firm will buy out its French partner for an undisclosed sum.

M&M will buy out Renault’s 49 per cent stake in Mahindra Renault Pvt Ltd, thus becoming a 100 per cent subsidiary, the two companies said in a joint statement. However Renault will continue to support M&M and Logan through a licence agreement and supply key components, including engine and transmission, the statement said.

The Renault name and logo will continue to be used till the end of this year, it said. After 18 months, the car will be renamed and will sport only the Mahindra logo it added.

“The new agreement between Mahindra and Renault will give us the opportunity to chart out a new strategy to help drive the Logan brand in India, which will also include engineering changes, keeping in with customer requirements,” M&M President Automotive Pawan Goenka said.

M&M and Renault had decided to join forces in 2005 to produce and commercialise the Logan with an investment of Rs. 700 crores, producing 50,000 units per annum at M&M’s Nashik plant. While Mahindra held 51 per cent in the JV, Renault owned the rest 49 per cent.

The JV had also envisaged a seven-seater multi purpose vehicle besides the sedan Logan, but was later shelved due to unfavourable response to a market research and also Mahindra launched Xylo MPV in the Indian market which is selling well.

According to our sources Mahindra has a licence to manufacture the Logan till 2012. Also Mahindra will now have more freedom to redesign the specs so as to meet the small car definition of under 4 metres. Mahindra will mostly launch a smaller boot version of the Logan which will feature a 1.2 litre petrol engine and will price it cheaper then the current Logan.

The question arises if Renault Mahindra will continue to launch new products under this JV. Also Renault has its own ambitious plans and strategy for the Indian market.

Maruti Suzuki India said it has crossed the five-lakh units production mark of its latest generation K-series engine in less than 23 months of introduction. First manufactured in October 2008, the K-series engines are available […]