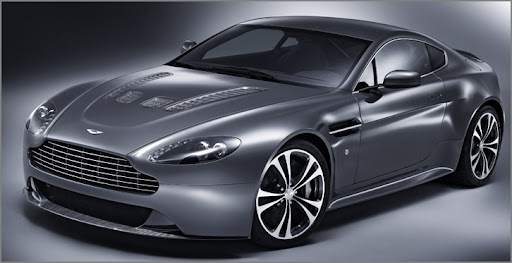 British luxury sports car maker Aston Martin is firming plans to enter India. The company is evaluating what models it wants to launch in India. Aston Martin said to be in talks with potential dealers in India but was yet to appoint one.

Aston Martin plans to exploit the underdeveloped sense of loyalty among Indian buyers to luxury cars.

The car maker was a part of Ford Motor Co. till 2007, when it was sold to a joint venture company co-owned by businessmen David Richards and John Sinders and Investment Dar and Adeem Investment of Kuwait for US$ 848 million.

Aston Martin is a name that needs little introduction. It has always stood for fine, civilized high performance sports cars, designed and produced by skilled craftsmen. There is a special place in the market and in the hearts of owners for classic sports cars which conform to this ideal. These are cars which bring to life the freedom and enjoyment of the open road.

Aston Martin, the car that James Bond made famous through many Ian Fleming flicks, will set the roads of India afire by the end of this year.The UK-based carmaker is understood to be gearing up […]

Aston Martin to debut in India on 14th April

Luxury car maker Aston Martin is all set to hit the roads on 14 April. The company will have 2 dealerships to begin with, one in Mumbai and the other in Delhi. The first dealership […]