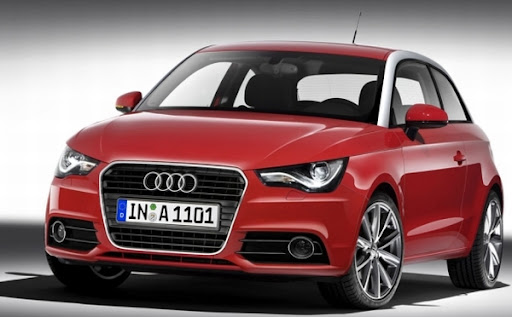 Luxury carmaker Audi’s small car A1 is likely to hit the Indian roads by 2011. The smallest and the least expensive hatchback from the Audi stable, unveiled in the just concluded Geneva Motor Show, will first be launched in Europe this August. It is expected to be priced around €16,000 (about Rs 9.8 lakh).

The Indian launch could be by the end of 2011 or in 2012. In India, compared to other markets, the small car segment is extremely big. This is quite developed, compared to the high-end where we see demand still very small. But, on the lower end, there is a huge potential and A1 could be a major boost.

The sporty premium compact car A1, which comes with turbo charged 1.2 and 1.4 litre petrol engines and 1.6 litre common rail diesel engine, plus a start-stop system, is globally pitched against BMW Mini and Alfa Romeo Mito.

Audi also unveiled A1’s electric version, the A1 e-tron, at the Geneva show. Top company executives said it would be launched by 2014-15.

The premium small car may not come at a small price in India. A1’s pricing in India could turn out to be a challenge for Audi as completely-built units attract 110 per cent customs duty. Audi is finding the premium compact segment in India is evolving itself into a niche segment which could augur well for its India plans.

Audi is eying numero uno position in Indian market by 2015

German luxury auto maker Audi is planning to beat rivals BMW and Mercedes to acquire the numero uno position in the Indian premium car market in the next five years, tripling its sales in the country by then.

Audi stood at number three position in India in 2009 with BMW and Mercedes occupying the first and second ranks respectively in the luxury car segment in the country. Audi is also targeting sale of about 5,000 units in India by 2015, up from 1,658 units in 2009.

It also plans to significantly increase the number of its dealerships from 12 currently to 18 by next year. The new dealerships are lined up at Jaipur, Ludhiana, Kolkata, Nagpur, Lucknow and Coimbatore.

Audi India is gearing to launch its new flagship sedan, the new Audi A8 in India by December. The luxury car maker will also increase its dealership network to 18. Audi currently has a market […]