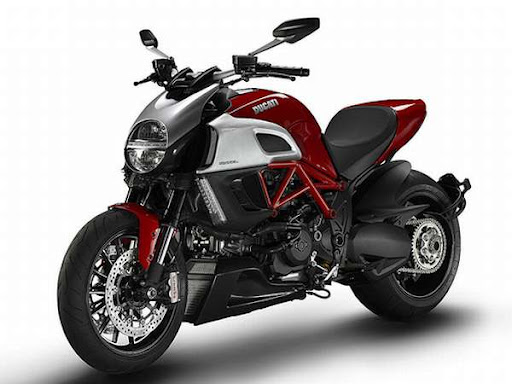 Italian racing motorcycle manufacturer Ducati has said that it would be launching its latest Diavel model in India by April 2011. Ducati will also be launching two more models of its superbike series 848 Evo and 1198SP in India by January next year.

“The Diavel model would be available in the European and American markets by January or February 2011. The same model would be launched in India by April next year, depending upon the time it takes to clear the necessary customs and other formalities,” Ducati CEO, Asia Pacific, Mirko Bordiga said.

The 1200 CC Diavel would be available in two variants, the base and Carbon S versions in India.

Speculation: Ducati may open showroom in Verna, Goa We were the first to report about the entry of Italian motorcycle maker Ducati in Goa. We have recently got some juicy update on the same. Ducati […]

Italian bike maker Ducati launched the Diavel in India. Internationally the sport cruiser is available in two-variants, standard and Carbon variant. The bike is priced at Rs. 17.06 lakh (ex-showroom) for the base, the Carbon variant […]

Ducati India opened its fourth showroom in India in Bangalore. The opening was coupled with the launch of Ducati Diavel in India. The new showroom was opened at the Lavelle Road in Bangalore, Karnataka. The […]