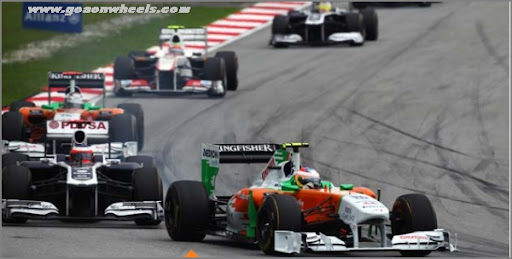 Force India Formula One Team has announced the launch of the Force India F1 Team Academy in India.

The countries only F1 Team has launched this programme to identify racing talent in India which will also provide vocational and academic training for young Indians aspiring to a serious professional career in motorsports.

The Academy will support and groom the racing star from India over the next three years which also help in drawing a career path, depending on the progress made in 2012.

The Force India F1 Team Academy has been set up as a separate, not-for-profit entity based in India and will devote itself to three key areas organized in the following verticals:-

Commenting on the unveiling of the Academy, Dr. Vijay Mallya, Chairman & Team Principal, Force India Formula One Team said: “The setting up of the Force India F1 Team Academy is a historic milestone in the sports arena in India especially since it marks the first time ever that anyone has embarked on such an ambitious programme to create a pool of talent and groom aspirants who show exceptional promise by providing them the necessary corporate funding and support backed with a crystal-clear professional career path in motorsport so that one day, they can go on to represent India in the international arena and hopefully bring glory to the nation”.

In the first year, the Academy’s predominant focus will be on unearthing and discovering racing talent while the initiatives in the other two focus areas will be rolled out in a phased manner over the next 12 months. The Force India F1 Team Academy is funded by Force India F1 and supported by its corporate partners.

On April 25, 2011, the Academy will launch its first comprehensive initiative, the ‘Hunt for 1 from a Billion, to identify and groom a future racing star from India.

“The Force India F1 Team Academy was conceived with a vision to inspire young Indians who have talent but so far have had no proper opportunity or serious platform to showcase their innate abilities. I hope that this Academy will give young Indians who have the necessary passion and drive, a serious chance to show promise and an opportunity to excel, so that we can then develop their talent and grow it by channelling it properly over the long term. If the Academy is able to place even one Indian on the F1 grid then all the effort would have been well worth it when our national anthem is played out for a victorious graduate of Academy. I would like to thank our partners Exxon Mobil for sharing our vision and for joining hands with us as we together groom future F1 world champions and support them on every step of the long and winding journey that will ultimately prepare them for the rigours and demands of F1”, added Dr. Mallya.

The three-stage programme of the Hunt comprises:-

· “Hunt for 1 from a Billion” – This is a grassroots initiative aimed at identifying racing talent via a karting programme in India. In the first stage of the Hunt, the Academy will conduct:-

o Regional Trials in 7 cities across India where hundreds of aspirants can practise karting at subsidized rates and participate in selection rounds, all spread over a week in each city. 14 finalists will then get selected from each city and go on to the next level.

o National Final – 100 finalists (14 from each of the seven cities and two wild card entries) will compete against each other in September 2011 to win a place among 10 finalists who then move on to the next level of the programme.

o From October 3 to October 8, 2011, ten finalists from the National Final will go on to do a week-long intensive stint at Silverstone, UK comprising sessions on driver tuition on Dmax Karts, a day at the Porsche Human Performance Centre to assess and develop fitness for motorsports, media training with Goodman Media, two full days at the Silverstone F1 circuit with sessions on safety, car control training, driver assessment, and race procedure briefing. The ten selected drivers will complete their Silverstone experience with a race in Formula Silverstone cars. At the end of the intensive hands-on week, an expert panel will pick three winners on the basis of a holistic assessment of their multiple capabilities and proficiency in requisite areas. The three winners will be announced in India around the time of the Grand Prix of India in October 2011.

o The three winners of the Silverstone Finale will be groomed as follows in 2012 and beyond:-

§ The winner will be put through a full season of racing in a competitive championship in the United Kingdom.

§ The first runner up will go on to do a full season of racing in a competitive championship in India.

The Academy will fully support the winner over the next three years and a career path will be drawn out, depending on the progress made in 2012. The intent is to groom the winner through various stages leading up to a point where the winner is qualified and ready to apply for a super license from the FIA to drive in Formula 1.

Mr. Raymond Wong, CEO, ExxonMobil Lubricants Pvt. Ltd. commented: “We are delighted to have broadened our Formula 1 involvement with the launch of Force India Formula One Team Academy. Our partnership with the Force India Formula One Team Academy reaffirms our commitment to supporting the sport of Formula 1 worldwide. We would like to thank Dr. Vijay Mallya for this great opportunity, we are working closely with him and are looking forward to play an important part in giving aspiring Formula 1 drivers a chance to achieve their dreams; inspire others to dream big, and go on to be the best of the best.” 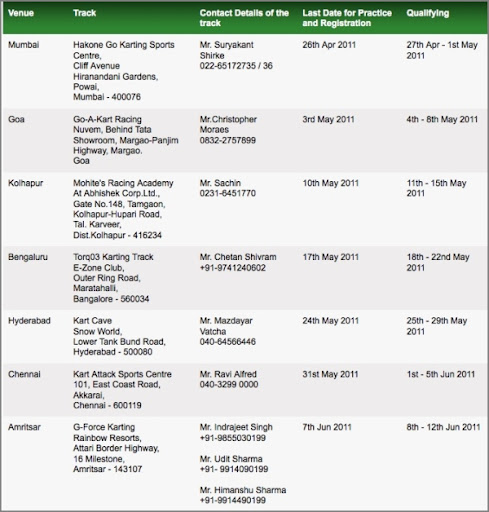