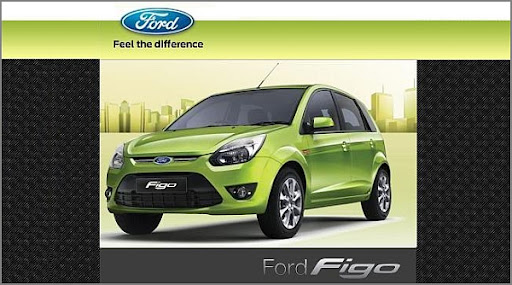 With more than 25,000 sales bookings registered since its launch in March, the Ford Figo has cemented its reputation as one of India’s most in demand new cars.

“Figo’s success has exceeded expectations in terms of sales and target markets. Our debut compact car offering is being very well received by a wide range of customers and this response has been instrumental in our efforts to increase market share.”

Targeting more than 70 percent of the country’s prospective new vehicle buyers, the popular Figo has helped drive growth in all markets (Tier I, II and III) across India.

In the January-June period, Ford sales volume, on a year-to-year basis, doubled in Tier 1 markets including Mumbai (234%); Chennai (279%) and Delhi and the NCR region (223%). In terms of regional sales, there was a similar response – east (339%); west (277%), north (212%) and south (127%). Big gains – double, and in some cases, triple fold growth – were registered in Tier II markets such as Chandigarh, Ahmedabad, Pune, Kochi, Coimbatore, Indore, Bhopal and Jaipur and Tier III markets such as Dehradun, Trichy, Nashik, Aurangabad and Kanpur.

In addition to strong internal demand, Ford India has also recently celebrated it first export order of 1,200 Ford Figos to Ford Motor Company in South Africa. Overall, the Figo has helped Ford India record more than double the volumes of 235% year-on-year in half year sales, selling a total of 32,755 vehicles compared to 13,897 units last year.

Based on the number of queries recorded by dealers nationwide and showroom visitors, the second half of the year looks equally promising. The Figo campaign is supported by a range of Ford India-led service and sales programmes that includes:

Ford India has commenced production of the All-New Fiesta at its Maraimalai Nagar plant, near Chennai. The four-door sedan will hit the showrooms in July and will be available in both petrol and diesel cars. […]