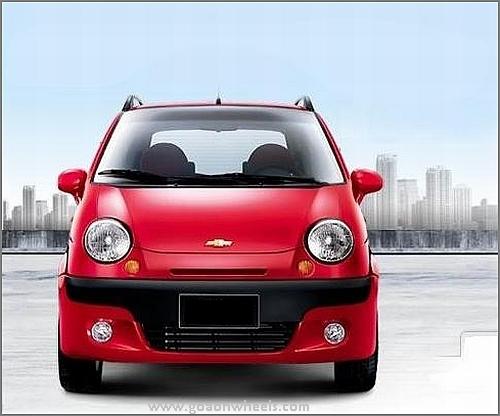 General Motors is now all set to enter the small car market. General Motors may use its Chinese associations to launch a rival for Tata Nano in India. The US carmaker believes its joint venture with Shanghai Automotive Industry Corporation (SAIC), one of the top three automakers in China, will help it introduce a car to compete with the world’s cheapest car at Rs. 1 lakh.

“We will look at every market segment and I wouldn’t rule out anything,” said Timothy E Lee, president, GM International Operations, when asked about competing in India’s new entry-level segment.

GM’s small cars already in India such as Chevrolet Beat, Spark and Aveo are designed in South Korea, at erstwhile Daewoo Motors.

GM India now has access to the complete portfolio of GM, SAIC as well as the SAIC-GM-Wuling Automobile Company combine to be introduced in the country. This will include several cost-effective products in both passenger and commercial vehicle space from the SAIC-Wuling alliance.

While GM gives them access to a name that ruled the global automobile market till recently and an established network in India, an equally compelling reason might be India’s sensitivity to Chinese companies.

GM officials, however, say that there has been no indication that Indian authorities have a problem with SAIC buying 50% stake in GM India. The architecture for the Wuling products will come from China but they will be made in Halol and Talegaon.

Apart from the Wuling minivans, GM’s Chinese alliance could spawn other products for India including the recently launched Chevy Sail, touted as its first car totally developed at Shanghai GM. GM officials say the Chinese alliance will help GM India emerge as a volume player in this market quickly.

Exchange bike for a Nano

A few weeks back we posted about the Sail sedan being tested in Pune and bought you the spy spics. Another post soon followed with the interior images of the Sail sedan. Once we again […]