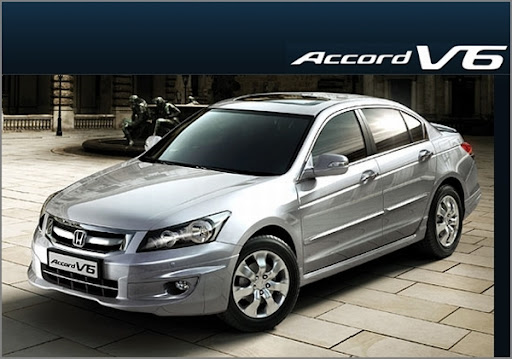 Honda India  launched its latest version of flagship sedan Accord 3.5L V6, enhancing the exterior styling of the car, with an Electric Sunroof and additional luxury features.
The introduction of Sunroof will give the Accord an impressive panoramic feeling by making it look brighter and larger.  The Sunroof introduction was found to be the most desirable feature in Accord V6 based on the customer’s feedback.

The Accord V6 will also feature Ambient Light and Footlight which accentuate the style and enhance visibility during darkness allowing enough light to see the controls. The car will also be equipped with 2 sets of Keyless entry for added convenience to the customers.

Accord’s V6 3.5-liter i-VTEC engine with 275 PS makes it the most powerful Accord ever built and provides driving performance at par with luxury vehicles from higher segments.

The V6 3.5-liter i-VTEC engine features an advanced Variable Cylinder Management (VCM) system that switches between six-, four-, and three-cylinder combustion depending on the driving conditions and thereby delivering maximum power of 275 PS during six cylinder operation and impressive fuel economy in VCM mode while cruising.

To achieve the same quietness and smoothness, as when running on all six cylinders, new Active Control Engine Mounts (ACM) and Active Noise Control (ANC) systems have been designed to complement the VCM technology.

Honda is set to launch its new bike in India on the 10th of December. The Bike could be christened as CB Twister. The 110cc motorcycle will be a stylish lifestyle product for the youth […]

Honda Siel Cars India announced the beginning of “The Great Honda Fest”, with the launch of “Special Editions” of the Jazz, City, Civic, Accord and CR-V. The special editions will have special accessories kits, which […]