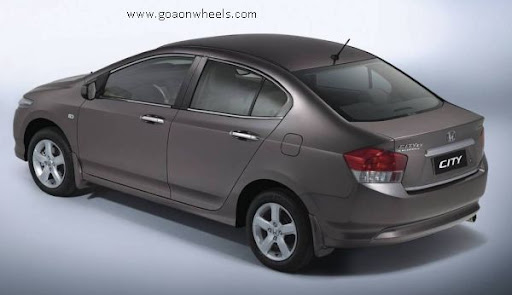 Honda Siel Cars India Ltd. announced that it would carry out preventive part replacement of Lost Motion Spring in the valve train for 57,853 units of 3rd Generation City, manufactured from November 2008 to December 2009.

HSCI is proactively replacing the part in these vehicles with a new improved part. Lost motion springs, which are compressed by rocker arms in normal engine use, may bend or break over time resulting in abnormal engine noise and potentially causing engine stalling and problems in re-starting.

The replacement would be carried out free of cost and the company will communicate directly with the owners of the cars which are covered under this part replacement. The dealerships have been updated about the part replacement and the new part is being dispatched to the dealerships in phases for smooth execution, to avoid any inconvenience to the customers.

A special microsite has been created on the website (www.hondacarindia.com) which enables the customers to check whether their car will be covered under this part replacement by submitting their 17 character alpha-numeric Vehicle Identification Number (VIN).

HSCI is carrying out the part replacement as part of a global exercise by Honda Motor Company to ensure stringent quality standards for its products.

The part replacement is only applicable to Honda City manufactured from November 2008 to December 2009 and the currently sold City is not affected & does not require any part replacement.

The global recall does not impact the Honda Jazz sold in India. The recall announced by Honda applies to certain units of Fit/ Jazz fitted with 1.5L i-VTEC engine which is sold in other countries and not sold in India.

Tata Motors announced a host of benefits on the Tata Nano, as it deepens its customer reach-out initiatives to expand open sales of the car across the country. The Tata Nano will now come with […]