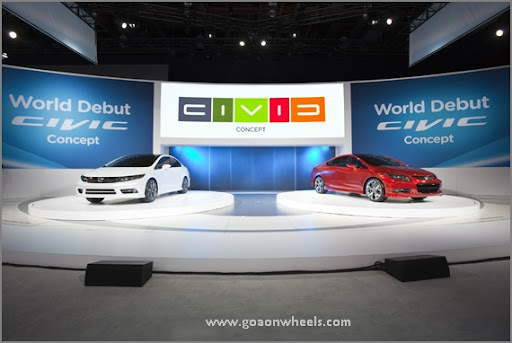 The Honda Civic Si Concept coupe and Civic Concept sedan are making world debuts at the North American International Auto Show, providing the first official glimpse at the styling direction of the all-new, ninth-generation 2012 model set to go on sale this spring. 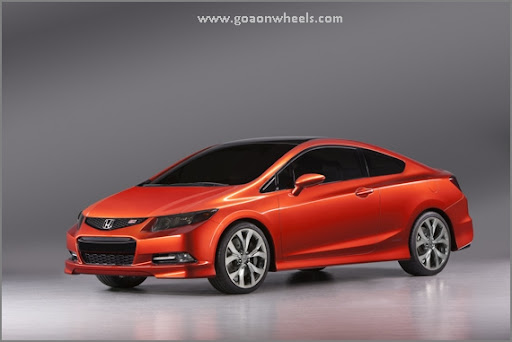 The Civic Concept sedan takes on a sophisticated presence with a front grille defined by crisp lines and a solid bar that integrates a chrome Honda emblem. The look of the Civic Si Concept coupe conveys an aggressive demeanor with a more angular front fascia, mesh grille and a tapered rear roofline that flows smoothly into the trunk. 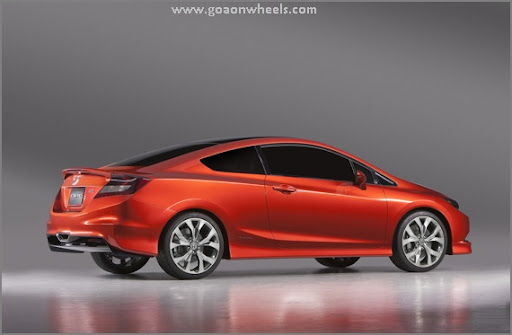 The Civic’s family of engines with “intelligent” Variable Valve Timing and Lift Electronic Control (i-VTEC®) technology become even more fuel efficient for 2012. The upcoming Civic Hybrid offers the latest generation of the compact and lightweight Integrated Motor Assist™ (IMA™) gasoline-electric hybrid system and features the first application of a lithium-ion battery in a Honda hybrid.

Building on its emphasis on fuel-economy, most upcoming Civic models receive Honda Eco Assist™ technology, already available in the CR-Z and Insight hybrids. The 2012 Civic is the first U.S. Honda model to employ Eco Assist technology in a gasoline-only powered vehicle. Eco Assist is just one example of how the new Civic can be customized and configured by the drivers to suit individual preferences.

Additionally, Honda is expanding retail sales of the natural gas-powered Civic GX model, which is the only OEM-built, dedicated CNG passenger car assembled in America. The increased availability of the Civic GX helps bring inherently clean-burning natural gas technology to an even broader audience while also supporting diversity in transportation energy resources. 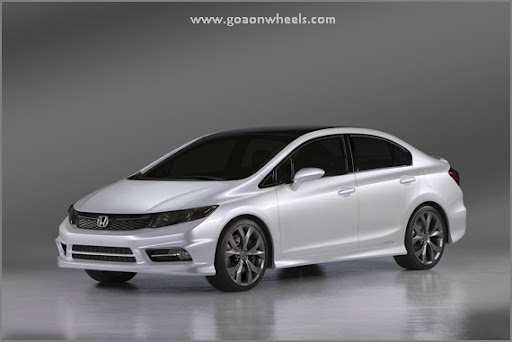 The 2012 Civic continues to emphasize safety and is anticipated to score well in both the federal government’s New Car Assessment Program1 (NCAP) and the Insurance Institute for Highway Safety2 (IIHS) vehicle evaluations. 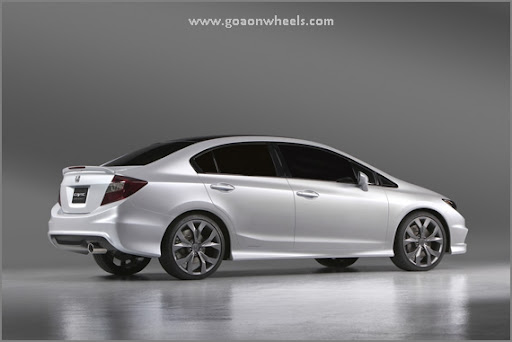 The 2001 Honda Civic Coupe was one of the first two passenger cars ever to earn the federal government’s top 5-star crash safety rating3 for the driver and front- and rear-seat passengers in both frontal and side-impact crash tests.

Force motors may be known as a small player so far, but not nay more from now. Force motors have entered the Light commercial segment with two new products Trump 15 and Trump 40. Force […]

For more information log onto Honda Civic Or visit the nearest Honda dealer Prices mentioned are Ex-showroom only.