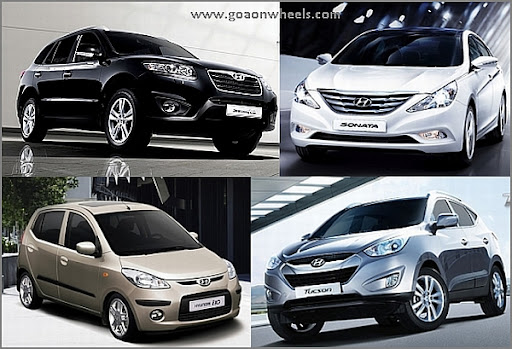 Looking at the growing Indian auto market, Hyundai Motor has decided to launch at least one new model in the country every year even as moves are afoot to expand the rural marketing network and localise more components.

“Our plan is to introduce more than one new model every year and refurbish more than one existing model to gain market share,” the company’s managing director Han Woo told”.

“In addition we will expand our dealership for deeper market penetration in India,” Han said about the Indian market where the company has the capacity to produce 600,000 cars per annum from its two units in Chennai, of which a third is exported.”

The company’s current offerings in India include the Santro King, i10, i20, Accent, Verna and Sonata Transform.

According to company officials, among the new cars that could be launched in India is a diesel variant of its popular Hyundai i10 model that is being exported out of Chennai, with the engines sourced from South Korea.

Also on the anvil is the Santa Fe sports utility vehicle, a new Sonata sedan and a fully refurbished i20 and i10 models. And to reach out to a larger market, the company’s India arm will also expand its dealer network, focused on rural India, officials said.

Hyundai India will launch its ‘small car‘ by the year-end, according to Mr. H. W. Park, Managing Director and Chief Executive Officer. The small which will compete with Maruti’s number one selling car Alto will […]

The Delhi Police has decided to phase out Ambassador Cars completely and replace them with faster and fuel efficient Maruti Suzuki SX4. Well we are not very sure how much less the crime rate will […]

Skoda to launch 5 plus models in India

Skoda Auto is all set to storm the Indian market with the launch of more than 5 new models in India. Skoda which is a subsidiary of the Volkswagen, will launch new models to grab […]