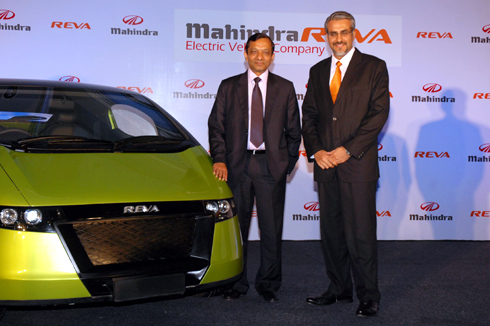 Mahindra and Mahindra have bought a majority stake in Bangalore-based Reva Electric Car to strengthen its position in the low-emission electric auto market.

The deal includes buying out equity from the promoters of Reva and providing 450 million rupees (9.5 million dollars) in fresh equity.

Reva was formed in 1994 as a joint venture between the family-owned Maini Group and AEV of the United States to manufacture eco-friendly cars.

Reva Electric will be renamed Mahindra Reva Electric Vehicle, and will retain two directors from the Maini group and one from California-based AEV on its board.

Pawan Goenka will head Mahindra Reva and would bring to the company its experience of vehicle development and its strong distribution network.

Reva launched its electric cars in Bangalore in 2001 and in London through the G-Wiz brand in 2004. It has about 3,500 electric cars on the road in 24 countries across Europe, Asia and Central and South America.

REVA recently premiered its next generation electric car models, the NXR and NXG.

The Maxximo comes with a 2 cyclinder CRDe Engine with double overhead camshafts (DOHC) with 4 valves per cylinder. It delivers 25 hp power and 54 Nm of Torque.The Maxximo has a top speed of […]

Mahindra would launch a passenger vehicle variant under the Maxximo platform over the next 12 months.  This segment is under the scanner after the success of Maruti Eeco and yet to be launched Tata’s Venture. […]