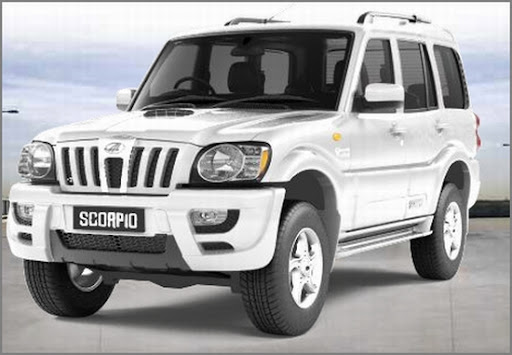 According BS Motoring M&M is working on three SUV platforms. Sources suggest that apart from a new generation Scorpio, two more SUVs are in the pipeline. One of these is a sub 4-metre vehicle with a sub 1500cc diesel engine to help it bring in the same excise duty net as a small car and the other is the World SUV. Until now, Premier’s Rio is the only contender in the field but with Mahindra’s entry this segment could start hotting up especially considering Premier Rio is doing well in some parts.

The world SUV will be launched by 2011 and will be manufactured from M&M’s new Chakan facility. This will be the third SUV from Mahindra’s lineup and will be priced in the range of Rs. 16-18 lakh.

The new SUV will come with a host of new features and a more powerful diesel engine mated with an automatic gearbox, also the world SUV will also have automatic climate control, cruise control and ESP.

Aimed at the likes of the Chevrolet Captiva and the Toyota Fortuner, this SUV would be primarily for export markets especially the United States where the company is planning to begin the sale of its pickup trucks later this year.

The new Scorpio could retain its body-on-ladder format and a new petrol engine is also being developed to be fit under the bonnet of the Scorpio and the world SUV.

Mahindra is also planning to launch its popular MPV Xylo in a 4X4 version. Mahindra’s Xylo MPV was always made with a 4-wheel drive system in mind.  This particular example had joined the Mahindra Great Escape troupe during the recently concluded event at Khimsar in Rajasthan. Undergoing its last round of R&D tests, the vehicle crossed the finish line with nary a whimper or any trouble.

According to sources, the Xylo has been designed to be a part time 4wd system using an advanced version of the Borg & Warner system. Reports seem to suggest that it could be a real-time all-wheel drive system like the Honda CR-V, where the focus is on road grip and tackling bad roads and not specifically as a pure off-roader.

However, there is no confirmation yet whether Mahindra will adopt such a system. The Xylo 4×4 would end up becoming the first MPV in the country with a 4-wheel drive system, but it remains to be seen how big a market is there for such a concept.

Mahindra to take Reva to China

India will debut in MotoGP, the world’s premier motorcycle championship, next season when the motorcycle maker Mahindra 2Wheelers enters the race that may give a big push to the company’s marketing and brand-building efforts. The […]