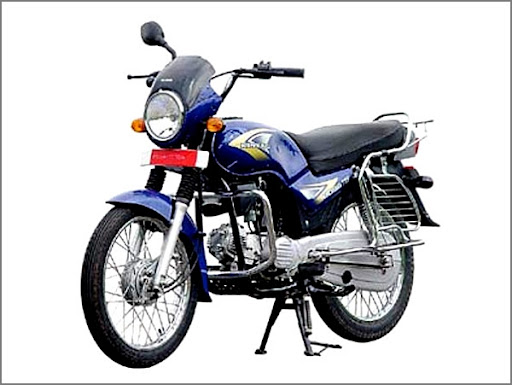 With petrol prices touching the roof bike manufacturers are launching fuel efficient motorcycles. After Yamaha launching the YBR, Honda CB Twister, Hero Honda revamping its line up, Bajaj and TVS launching Jive and Discover, Mahindra too is looking at the commuter segment.

After testing the market with two new scooters last year, auto major Mahindra & Mahindra is now getting into the competitive entry level motorcycles segment.
M&M will launch motorcycles around diwali season aimed at the bottom end of the pyramid.

M&M’s yet to be launched motorcycle is likely to have a price tag between Rs. 35,000 to Rs. 40,000 targeting the mass segment, which would mean their product will directly compete with Hero Honda CD 100 and Bajaj Platina.

The motorcycle has been internally codenamed A02 and is being built on the old Kinetic Boss platform. To begin with, M&M’s motorcyle engine, would be imported from China – a move that could lower the development cost and increase margins. This is not so favorable as it take away customers as it will less reliable.

Sources say there are two more platforms under work which will churn out executive and the premium motorcycles in future.

Mahindra will soon have an entire line from small scooters to premium bikes. The competition is only going get hotter as other bike manufactures too are looking at various segments.

After South Africa the XUV500 to be launched in Italy, Australia, Chile

Mahindra is all set to increase the footprint of the XUV500 in markets of Italy, Australia and Chile. The company had slowed down on its international operation for the SUV due to the huge demand […]

Mahindra 2 Wheelers’ launched the Stallio and Mojo motorcycles in Mumbai. “In the last twelve months Mahindra 2 Wheelers has achieved a milestone by registering a sale of 1.5 lac units – a clear validation […]