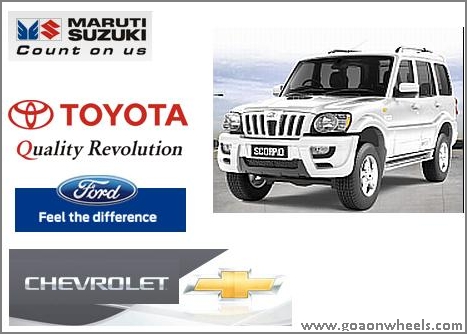 In the last few months car companies may have witnessed a surge in sales with consumers buying more cars and also companies planning new launches.

Well there is some bad news now, car companies are preparing to raise prices for the fourth time this year in July as raw material costs have increased, but are banking on strong pent-up demand to prevent sales from falling.

Companies like M&M, General Motors, Ford, Toyota and Maruti are negotiating the extent of the hike with their vendors. “If commodity prices continue to rise at the current rate, we will be forced to go in for a price hike,” said Pawan Goenka, president, auto and farm division, M&M.

Prices of commodities like steel and rubber have risen sharply since the second quarter of the previous financial year, with most of the increases coming in April-May. “Overall, the commodity price curve has gone up by 20-25%,” said Rajesh Jejurikar, chief of operations, auto division, M&M.

But, with passenger vehicle sales rising 35% in April-May over last year, companies could pass on part of the commodity price hike to customers without worrying about losing market share.

Toyota Kirloskar said it reviewed prices quarter, and like Honda and Maruti Suzuki, will take a final call next month. Car prices have already seen three mark-ups this year — an input cost-driven hike in January, followed by a 2% excise duty hike in the Union Budget and another hike on account of the move to higher emission norms.

Ford announced a 1-2% hike in the price of its small car Figo from June. The company too will decide on raising prices of its other brands by July. “We will assess the effect of a rise in commodity prices on our products by the end of the current quarter,” said Ford India president and MD Michael Boneham.

Companies like Volkswagen and Honda, however, will not take a decision just yet. In addition to commodity prices, Honda will watch the yen-rupee exchange rate, said Jnaneswar Sen, vice- president (marketing), Honda Siel.

Ford EcoSport will be heavily Localised

Ford, The US car maker is generally very vocal about its plans. After Unveiling the EcoSport at the Auto expo in New Delhi, Ford is testing the car rigorously. Interestingly Ford has not bothered to […]

Chevrolet is going all guns blazing, Scrapping the old cars, launching new ones and updating its existing line up. Chevrolet has discontinued 3 cars and 3 new car launches are slated for this year. In […]