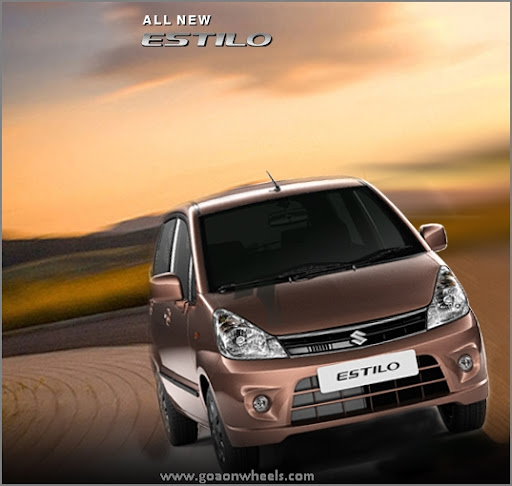 Explaining the popularity of the Maruti Suzuki Estilo in India, Mr. Shashank Srivastava, Chief General Manager, Marketing, says, “Maruti Suzuki Estilo has found a great appreciation among style conscious buyers in India. Estilo’s success in the domestic market is reflected in its high growth of more than 25% in last fiscal. ”

After clocking a stellar performance in domestic market, Maruti Suzuki Estilo is creating ripples in the South Asian markets too.

Interestingly, as in India, where four out of the top five bestsellers are from MSIL’s stable, the South East Asia markets like Indonesia & Malaysia have also shown appreciation for Maruti Suzuki offerings. Compact cars Estilo has emerged in the top five model tally in these markets.

Estilo exports has grown 41% , over previous year. The popularity in Indonesia has been an outcome of serious focus towards developing non European markets by the Maruti Suzuki. In recent years, Maruti Suzuki has continued to expand its international presence in several ASEAN markets such as Taiwan, Laos in addition to Indonesia and Malaysia

To commemorate the milestone of 200,000 sales in India, Maruti Suzuki has introduced a limited edition “Estilo Vogue” in the Indian market. The limited edition Estilo has accessories labelled with “Vogue” branding on Seat cover, floor mat etc. Interestingly, Maruti Suzuki offers a CNG variant in addition to the K series powered petrol engine on the Estilo.

In order to hold on to its 50% share of the car market, Maruti Suzuki is developing a brand new small car. The new car, based on an existing small car platform, is being developed […]

Facing a production can and increasing demand for the diesel cars has put India’s largest car maker in a fix. In order to counter this, Maruti Suzuki India has finalised a deal to buy diesel […]