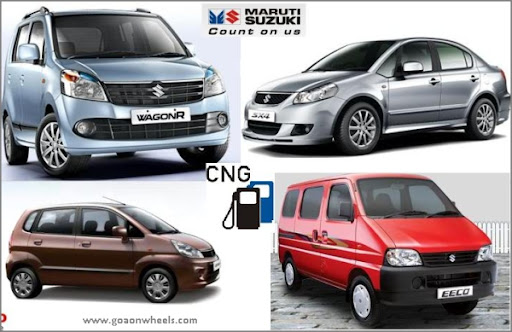 Maruti India is planning a blitzkrieg of new model in August. In a move to defend its market share Maruti Suzuki India will launch five cars in CNG version in a single day in the second week of August.

This will be the first the  will unleash factory-fitted CNG options of its best selling Alto, Estilo and Wagon-R, multi-purpose vehicle Eeco and mid-sized sedan SX4.

The company has decided to launch all the five versions on a single day in the second week of August.

Maruti  will also launch a two new versions of its small car Alto on August 4 with a 1.0 litre K-series engine.

Maruti Suzuki will soon launch the Ritz Automatic variant. The Ritz facelift was launched initially with a diesel engine and the company quietly slipped in the petrol variant. Maruti has updated all details about the […]

Tata to launch Venture in August

Tata Motors which showcased the Venture concept based on the Tata Ace Super platform plan to launch it in August.  Tata Venture will be pitted against Maruti’s Eeco and Omni. This is Tata’s first attempt […]

Its been a long wait for the all new Swift. The was supposed to be launched somewhere in March and is delayed till July. Seems like Maruti wants to launch the car before other car […]