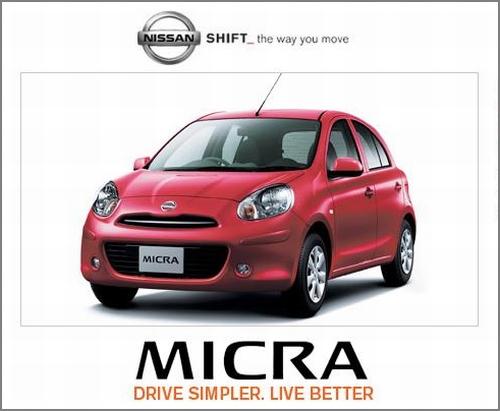 Nissan India is planning to doubled the production of its small car Micra to 500 units per day in order to clear an order backlog of about 2,500 units. Nissan launched the Micra in July and priced the car with a killer price to take on Marutis’ Swift, Hyundai i20 and VW Polo.

The average daily production is over 500 units, which is expected to increase in near term. Nissan will commence overseas shipments of the car from next month, starting with Europe.

Micra has witnessed waiting period of over two months depending upon different variants due to the higher than expected demand for the same from the market.

Nissan had stated that it will export the Micra to over 100 countries. It had planned to produce 80,000 units in the first year, of which only 20 per cent will be for the Indian market and rest will be exported.

Nissan the new entrant in the small car in India said it has started commercial production of small car ‘Micra’ from its plant in Chennai. Nissan Motor India, will start selling the car from July, […]

Nissan India may start selling its small Micra by June or July but it has already started it marketing campaign by launching the Micra India website. Nissna Micra, will be one its important model as […]