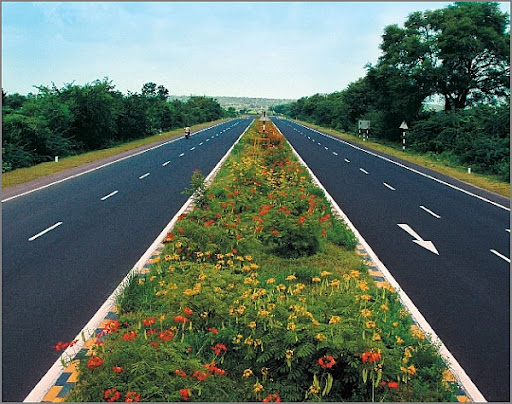 The new expressways (18,637km) set to criss-cross the country are all set to break the traditional speed barriers. The technical guidelines prepared for the construction of these corridors visualize a design speed of 120kph. For safe ride on these high-speed stretches, the guidelines also specify that the expressways will have parallel enclosures on both sides.

As per the expressway guidelines jointly prepared by the ministry of road transport and highways (MoRTH) and Japan International Cooperation Agency (JICA), these stretches will be greenfield projects and fully access controlled. The guidelines have been framed to make the dedicated high-speed networks provide a safe road infrastructure for fast transportation facilities connecting ports, major cities, industrial and agricultural centres and major markets.

Only fast moving vehicles will be able to enter the fully access controlled stretches through interchanges. These will also be the point of exit for the traffic. Sources in the highways ministry said that the toll plazas on these stretches will come on the ramps of the expressway so that the traffic using the main expressways does not halt even for a second.

“There could be a facility where a person shifting from one expressway to another at any interchange won’t have to stop and pay the toll to two different players. Commuters will pay only when they exit the stretch,” said a senior ministry official.

The guidelines also propose wayside amenities around the inter-changes which will include toilet facilities, restaurants, recreational facilities and also night halting. “We are considering whether solar lighting system can be extensively used for illumination. The expressway network must be on a green model,” said the official.

At present, India has only 200 km of expressway, which is only 0.2% of the entire NH network. Haryana and Uttar Pradesh have undertaken the construction of three more expressways — KMP Expressway, Yamuna Expressway and Ganga Expressway.

NHAI intends to award 1,000 km of expressways during this financial year. The highways ministry has already prepared and finalized the plan to construct the over 18,000-km national expressways network in three phases by 2022.