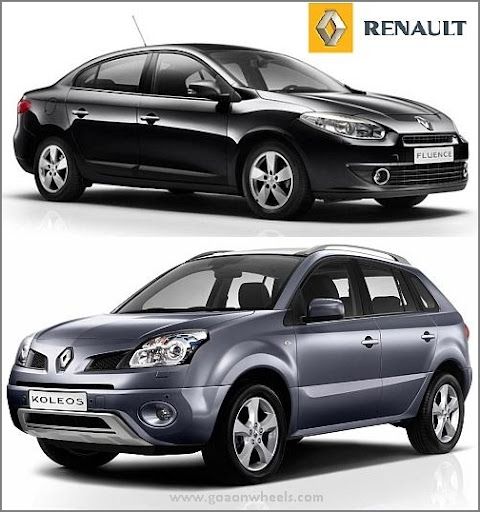 Renault India plans to launch upto 5 models in India  including a compact car, in India between 2011 and 2013. In the run-up to the planned launch of its first products — luxury sedan Fluence and crossover vehicle Koleos — in mid-2011 followed by a full range of cars from its global portfolio, the company has charted out an aggressive dealership network expansion plan in India, aiming at 70 outlets by 2013.

Following the 2011 launch of the two cars, Renault plans to open 70 dealerships across tier-I and II cities and the project will be completed by the end of 2013.

The company is also getting ready for a marketing and advertising blitz in India in the run up to the launches and agencies have been asked to submit their credentials for which it has called for multi-agency pitch.

Renault India Country General Manager and Managing Director Marc Nassif said the company has a detailed ramp up plan for 2010, which essentially sets the base for the products to be launched between 2011 and 2013.

Renault had announced that the Fluence and Koleos would be rolled out from its Chennai plant, jointly developed with Nissan.

Skoda Yeti to get upgrades!!!!

Our reader Jishnu spotted the Skoda Yeti in Bangalore which looked a bit different then the normal car on sale. On a closer look he found the car had projector headlamps and revised interiors. So […]

Hyundai has achieved two new milestones. Hyundai i10 was rated the country’s most fuel efficient petrol car in the compact segment. Not only this, the best-selling model in Hyundai’s range of cars has also emerged […]

Tata Indigo sales crossed the 4 lakh mark. Tata Indigo first launched in 2002 has been a very successful model from Tata Motors. The car has seen different avatars since launch. Tata Motors launched the […]