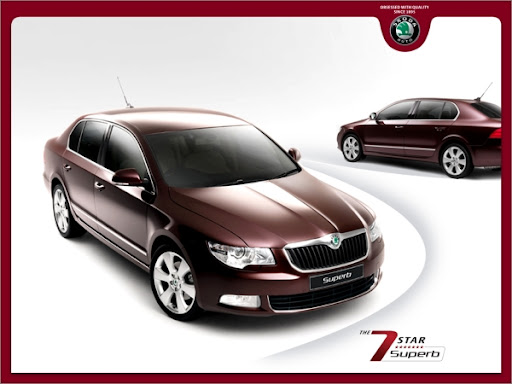 Over 30,000 What Car? readers – all with real-world experience of living with their cars – voted Škoda the Best Manufacturer of 2010. Škoda’s multi-award winning range of cars also scored well in their individual categories, with the Octavia placed first in the Small Family car group, while the Octavia also came second in the Estates category, the Roomster fourth amid the highly-competitive MPV class and the Yeti an equally impressive fifth best SUV. The Fabia supermini rounded off Škoda’s outstanding performance with a top 10 rating in the Supermini class.

This latest round of gongs adds to what has already been Škoda’s most successful ever year, with the brand named Fleet News’ Most Improved Fleet Manufacturer, Which? Awarded it Best Car Manufacturer and it also won AutoExpress’ Driver Power Award, as voted for by our very happy customers.

Meanwhile all models – from the compact Fabia to the luxurious Superb – have helped to attract a record number of gongs across a wide spectrum of publications and organisations. The Superb alone has this year won two Auto Express gongs, for Best Family and Best Estate Car; Best Large Car and Best Estate Car from Diesel Car; The Caravan Club’s class winner and Towcar of the Year; and Fleet News’ Best Upper-Medium Car to name a few. The Superb Estate was also named Top Gear’s Luxury Car of the Year 2009. The Fabia S2000 also took the 2010 IRC championship crown.

These accolades are reflected by record sales, with over 37,000 sold in the UK this year, increasing market share to over 2%.

At the northernmost point of the Goan coast, 42 kms from Panaji and perched above the sea on a small hill by the Terekhol river, is the Terekhol Fort. It is also known as Fort Tiracol. […]

Mitsubishi is getting serious after the launch of ts new Outlander and now have announced a summer for all Mitsubishi cars. This summer camp includes free services like assessment of vehicle condition, vehicle A/C, top […]