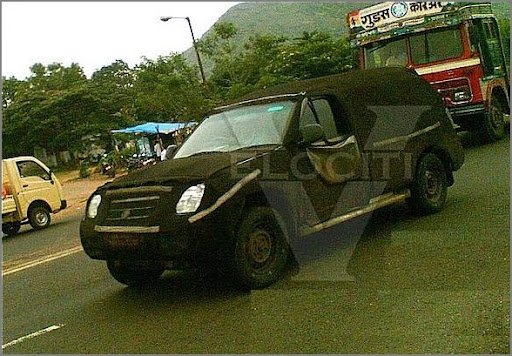 Force Motors has even sourced a Daimler to be fitted in the new SUV. This new vehicle, which has been built on an entirely new platform developed by the company will come with the option of seating five to seven people.

To keep costs down, the company has decided to source certain parts for the SUV from outside India, mainly from Chinese or Taiwanese suppliers. Plastic parts for the interiors may fall under this agreement, according to a senior company executive.

Thanks to Velociti mag for the great scoop.

Japanese two-wheeler manufacturer Honda Motorcyle and Scooters said they are targeting to sell 30,000 units of its latest 250cc global sports bike CBR-250R in India in the first year. The company launched the 250cc bike […]

General Motors said it will display six production and concept vehicles during the Auto Expo here next month, besides putting on display its soon-to-be-launched mini car ‘Beat’.