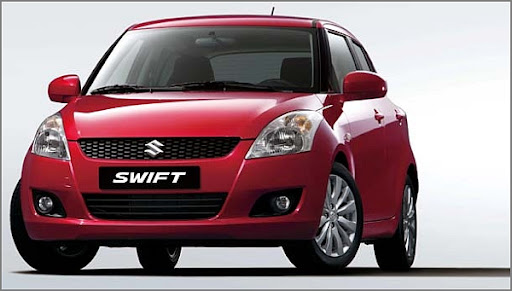 Suzuki have unveiled the new 2011 Swift at its Magyar Suzuki Corporation production facility at Esztergom, in Hungary.

The 1.3 litre diesel will also be launched and more details will be out when the car gets launched. The new Swift gets new head lamps, tail lamps and a bigger body as compared to the old.

The new Swift in 90mm longer than before and also offers 50mm longer wheelbase.  Here’s a comparison between the dimensions of the old and the new one:

We can expect the new Swift only in 2011. It could possibly launched in March 2011. The new dimensions are bigger means the the Swift customers will not complain of the car being cramped. Also the car looks bigger from outside. We don’t expect new engines, and India will get the same engines which are available on the current Swift.

Maruti Suzuki is all set to launch the new Wagon R on the 23rd April. Goa on Wheels team was lucky to see the cars and different versions of the new Wagon-R before launch. To […]