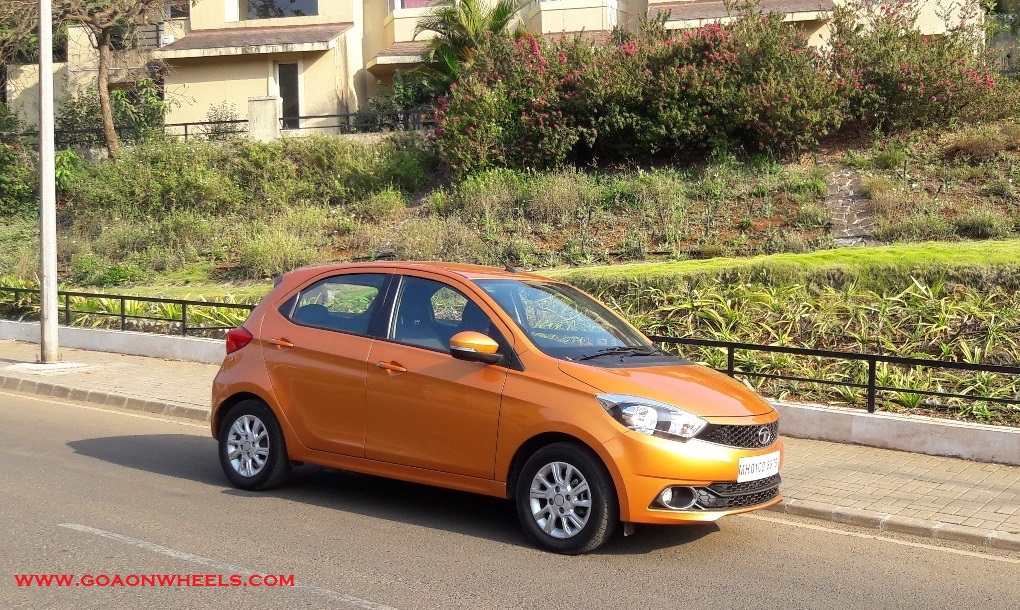 Tata Motors Tiago hatchback has crossed the one lakh bookings milestone in the domestic market. Launched in April 2016, Tiago was the first car to embody the company’s IMPACT design philosophy.

According to the company the top-end variant is the most popular among first time car buyers and the recently introduced AMT variant has seen an overwhelming response.

Tata has sold over 65,000 units of the Tiago hatch in the Indian market.

The Tiago was launched almost 4-5 months after national launch in Goa, and sold over 400 units. The car has been well accepted with over 150 bookings.

The Tiago is sold by Auto Industries and Ishawari Motors in Goa.

“TIAGO boasts our new IMPACT design philosophy and has been a game changer for Tata Motors. With its stylish design, enhanced performance and drive dynamics, TIAGO led the company’s transformation journey, setting a benchmark in the hatchback segment. We have witnessed a healthy month-on-month growth on the back of a strong demand. The car is making all the right noises in India. We are extremely happy with the response received so far and are confident of achieving more milestones in the months to come.”

Tiago is being manufactured at the Tata Motors Sanand facility and the plant has been running full steam to meet the booking pipeline.

Tata Motors has announced an irresistible package of benefits this festive season, on accessories, extended warranty and on a host of other value added services, ranging from Rs 25,000 to Rs 1,30,000. These offers are […]

Tata Motors introduced the new Tata Manza with a fresh new look of premium dual tone interiors and an exterior make-over. The range will be available across all Tata Motors dealerships from February 7, 2011. […]

On June 2, the day it inaugurates the Rs. 2,000-crore Nano mother plant at Sanand, Tata Motors will flag off a 12,000 km Nano rally from the plant. The rally, probably the longest undertaken by […]