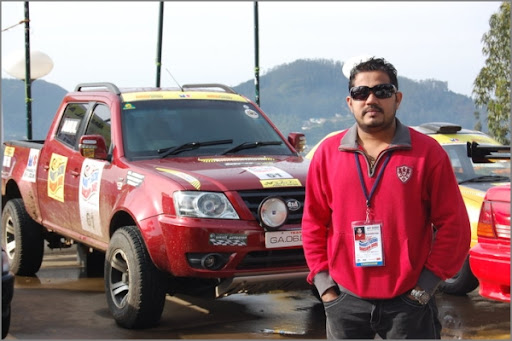 Team Goa headed by Amul Satoskar and Navigator Mr. Chidanand won the second place in the AT5 Class and overall fourth position in the ADVENTURE TRIAL class. Raid de Himalaya is one of the most difficult races in motor sport.

Goa on Wheels team congratulates Team Goa for their third victory in 2010.

This edition of Raid de Himalaya had 164 teams in the fray, with 277 participants; which is the maximum participation ever.

The 12th edition of the Maruti Suzuki Raid-de-Himalaya is being organized under the aegis of Himalayan Motorsport Association. This toughest motoring event in the country is being supported by the Indian Army.

Watch out for pictures and vidios only on Goa on Wheels

Team Goa at ON TIME EVERY TIME ” TSD RALLY for 4W”

Team Goa headed by Amul Satoskar will be driving for the ON TIME EVERY TIME ” TSD RALLY for 4W” which is being held in Bangalore. Team Goa will have 2 cars racing for the […]

The mod (modified) bike Exhibition organized by Goa On Wheels at the WAVES 2011 event was an overwhelming success. WAVES 2011 is a cultural fest held every year, at the Bits Pilani, Goa campus. A […]