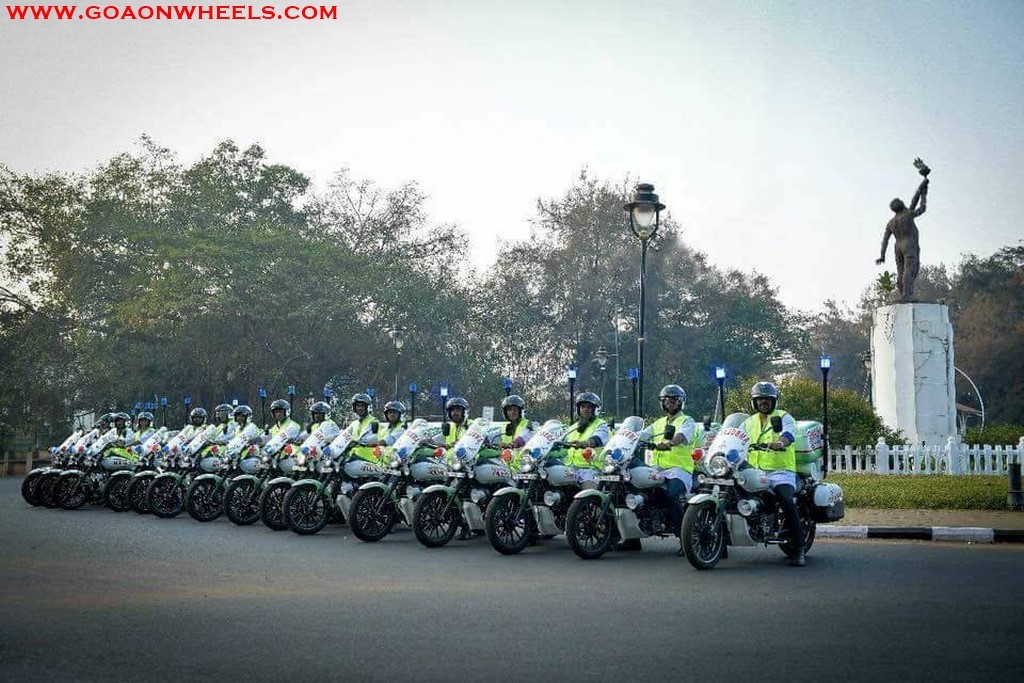 Bajaj Avenger has been chosen to motorcycle for the first fleet of 20 two-wheeler ambulances.

Goa, one of the most popular tourist destination of India has launched bike ambulances in the state, to improve response time in cases of medical emergencies.

The Goa government has introduced 20 the two-wheeler ambulances which were launched by Chief Minister Manohar Parrikar and have been equipped with basic life-saving equipment. Two oxygen cylinders mounted on the bike will serve as rapid service at places where four-wheeler ambulances cannot reach.

The new fleet of ‘108 First Responder Bike Ambulances’ to provide quick medical help to patients in need, are expected to reach patients within minutes, giving necessary treatment until the main four-wheeler ambulance reaches. 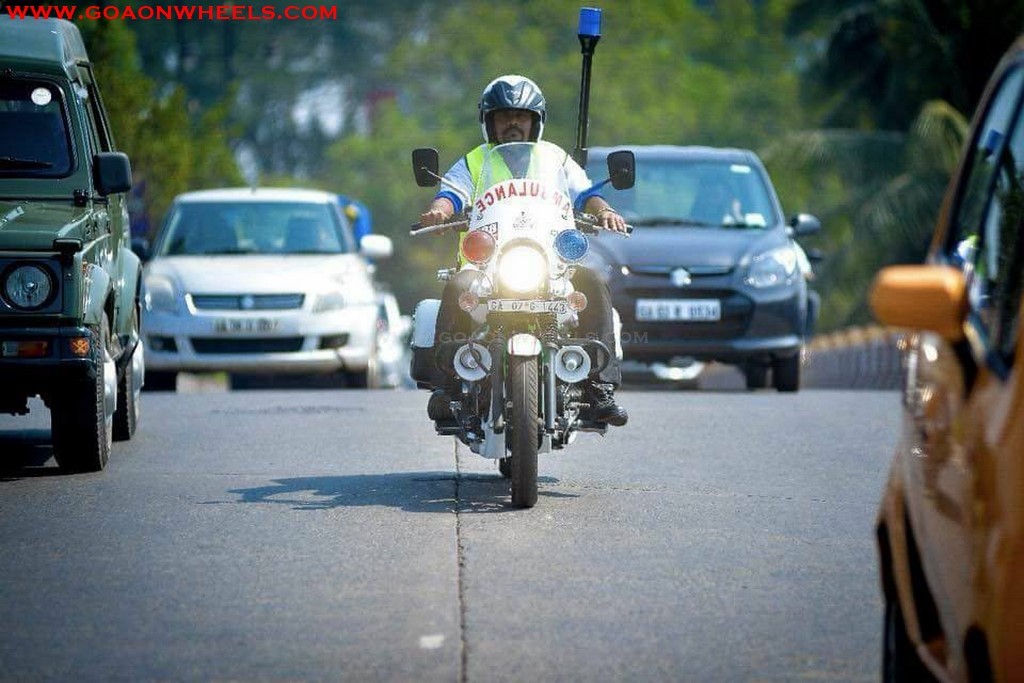 “These two-wheeler ambulances would be the first response vehicles which will help people get immediate and primary medical response as it will overcome obstacles of traffic jams, narrow roads etc. These bikes are fitted with facilities for provisions like oxygen cylinder and other healthcare required stabilising the patient.”

He added, “They are fitted with all equipment required to revive a patient. These two-wheelers will not get stuck in traffic and are capable of reaching inaccessible and narrow areas. Four-wheeler ambulances will follow these two-wheelers.”

The First Responder Bike ambulance is targeted to reach an injured person without undue delay. Professional paramedics will ride the bikes. While the paramedic starts the resuscitation measures, a fully equipped ambulance will be sent to relieve and take the victim to a hospital.

Intending to deal with road accidents and casualties in Goa, the batch of 20 two-wheeler ambulances would be deputed in high-risk areas like the coastal belt and other hot spots. Also, Goa becomes the second State after Karnataka to launch such ambulances.

“The First Responder Bike ambulance will help save lives of people. These two-wheelers will not get stuck in traffic and are capable of reaching inaccessible and narrow areas.”

New Ford Fiesta to be launched on the 14th July

New Ford Fiesta will be officially launched on the 14th of July. The new Fiesta will be powered by 1.5-litre petrol and 1.5 diesel engines. The 1.5-litre scaled down version of the 1.6-litre motor that […]