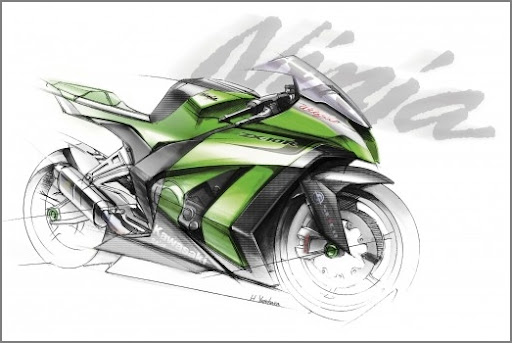 Kawasaki has released sketches of its all new 2011 Kawasaki ZX-10R sport bike with this concept sketch. The new 2011 ZX-10R will have an all new engine which will sit on a new frame and new suspension system.

We could expect this bike to be launched in India as Kawasaki has promised more big bikes from its stable for the Indian market.

Check out the promo Video

Bajaj Auto is riding high. The company has just unveiled it new small car christened RE60. Baja is going to go full throttle at the current auto expo. Bajaj stand will have the trio: Bajaj-Kawasaki […]