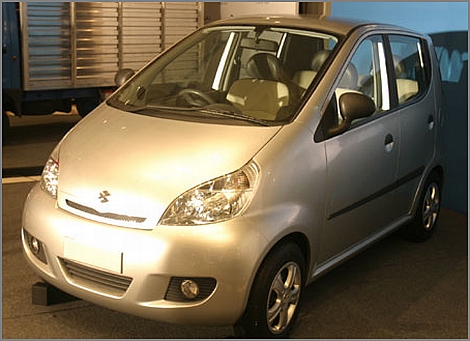 Bajaj Auto said it is aiming for a fuel economy of 30 km per litre for the ultra low cost car that it is developing with Renault-Nissan as it looks to woo two-wheeler customers.

The ultra low cost car (ULC), which will be competing with Nano, aims to better the mileage of 23.6 km/lt, given by the world’s cheapest car from the stable of Tata Motors. On an average the existing small cars in the Indian market give fuel economy of 15-18 km/lt.

Not only the mileage but Bajaj aims to deliver an eco-friendly product that could have the least carbon dioxide emission and replicate what it has been able to achieve in motorcycles.

On the pricing front, he said Bajaj’s aim is to lower the overall cost of ownership, irrespective of how it is priced. The ultra low cost car is scheduled to hit the market in 2012.

Renault launched the Scala sedan with Automatic gear box in the Indian market. The French car maker introduced the X-tronic Continuously Variable Transmission (CVT) on the Scala making it the first manufacturer to offer the […]

Sitara Bajaj, sole dealer for Bajaj two wheelers in Goa has introduced the Dominar 400 in Goa. The Dominar 400 carries forward much of the design cues seen on the CS400 Concept, save for some […]

Renault may bring the Lodgy in India

Renault is stepping on the gas pedal and in short span of two years the company has already launched five products in the Indian market as promised. Renault’s sister company, Nissan has just launched the […]