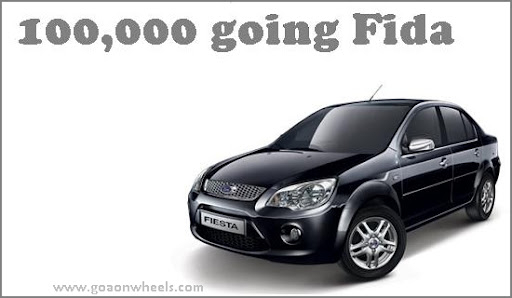 “After a terrific sales record in March and April, the rolling out of the 1,00,000th Ford Fiesta is a truly special moment for Ford India. The event marks a new milestone for us,” Ford India President and Managing Director Michael Boneham said in statement here.

The Ford Fiesta was designed specifically for India and has been the most sought-after sedan in its segment, the statement said.  Ford sold 7,509 units in April this year, as against 2,034 units during the corresponding month last year.

Ford manufactures and sells its Ikon, Endeavour, Fiesta and Figo models in India.

The Prestigious Maharaja Express to travel to Kerala via Goa

Luxurious Maharaja Express to travel via Goa Unarguably the most luxurious tourist train in India with finesse at par with the Orient Express of the West, Maharajas Express has redefined the art of elegant train travelling […]