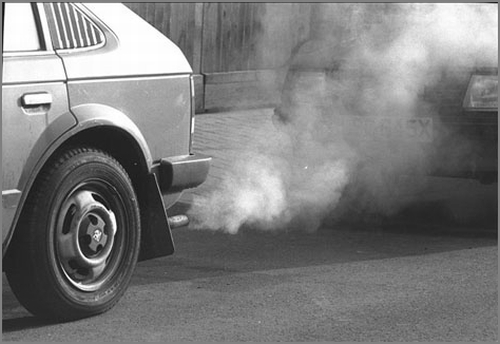 The recent global economic downturn has had far-reaching effects on numerous industrial sectors, with the automotive industry suffering from some of the biggest jolts. While it is hard to predict when the global auto industry will fully recover, some major developments are already beginning to take shape globally as well as in India.

Noteworthy among these developments is the push towards environment- friendly vehicles, as well as significant steps in reducing emissions from vehicles. The intensity and speed at which new emission standards will be implemented in India may rely on several factors, but there remains little doubt that these emission norms will have a significant impact on the Indian automotive industry.

To meet the impending Bharat Stage IV (BS-IV) emission norms, most vehicle manufacturers have either already revamped or are in the process of revamping their product portfolio (i.e., including cost of new engine technology and engine upgrade).

To recover such product development or upgrade costs, vehicle manufacturers are also likely to impose another price hike roughly in the range of 3-5% on vehicles. This will be the second round of price hike after the recent hike announced due to the partial roll-back in excise duty in the Budget.

There are also some concerns about non-availability of upgraded fuel to comply with new emission norms which may lead to poor performance or adverse effects on new vehicle engines. It is to be noted that while majority of the Indian refineries (Indian Oil, Bharat Petroleum and Hindustan Petroleum) have taken concrete steps to upgrade their installations to store and supply BS-IV fuel, a few refineries are still way behind in upgrade of their service network in some parts of the country, especially in the north-eastern states.

To improve air quality in urban areas, more incentives for green initiatives such as environment-friendly vehicles (CNG/biofuels/battery-operated) are highly recommended. Also, in order to promote acceptance of such vehicles in the domestic market separate pricing policies/tax incentives need to be considered along with the necessary infrastructure.

From April 1 onwards, India will adopt stricter emission norms under which 13 major cities will upgrade to BS IV from BS III and the rest of the country would move up from BS II to BS III as per the recommendations of the Mashelkar Committee for the control of pollution.

The new emission norms have forced automakers to replace some old technology in vehicles to meet statutory emission requirements. We have been preparing for a long time to meet the challenge.

As per the Bharat III norms for two wheelers, the carbon monoxide and hydrocarbons plus oxides of nitrogen emission have to be brought down from 1.50 (g/km) to 1.0 (g/km) from April 1.

Earlier, the introduction of Bharat Stage I and II norms forced auto-makers in India to replace the conventional carburettor fuel system in vehicles with the modern fuel injection technology to meet statutory emission requirements.

The automobile industry urged the government to postpone the implementation of Bharat Stage IV emission norms, scheduled to be in force in 11 cities across India from April 1.There is serious concern that upgraded fuels […]

Cars which will face BSIV axe

Many cars  will face BSIV axe which could make car makers to stop selling then in the respective cities.

Fiat India is looking to roll out a refreshed version of its Palio city car at the 2010 Auto Expo. Though the Indian arm of the Italian automaker has not commented on this but it […]