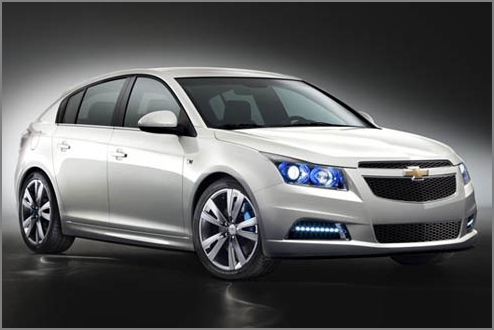 Chevrolet has revealed first images of the hatchback version of the Cruze Saloon. The new model will be based on the same platform as the saloon and will share a similar engine lineup.

The Cruze hatchback looks production ready. The car features close to 400 litres of cargo capacity and will get 60/40 split rear seating.

Chevrolet is selling the Cruze in more than 70 countries and has become the top-selling car surpassing Aveo.

So will Chevrolet launch it India? 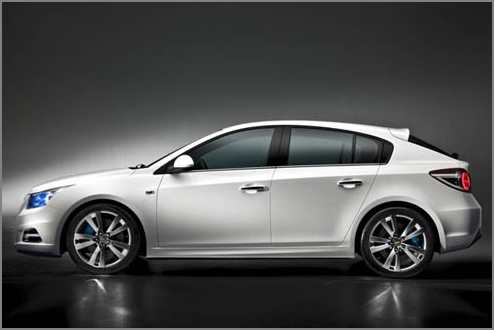 Well this car reminds us of the SR-V hatch back launched by Chevrolet some years ago. However the car failed to sell in numbers and only those who wanted a performance hatch back bought it.

We feel the market is not ready for bigger hatches as one would not be ready to pay the price and would prefer to own a sedan which will give them a more up-market feel. Chevrolet may launch in near future if the demand does arise.

The new Cruze hatchback will go on sale in Europe mid-2011 followed by other markets. 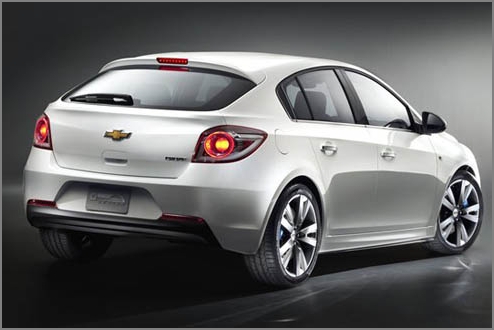 General Motors said it will display six production and concept vehicles during the Auto Expo here next month, besides putting on display its soon-to-be-launched mini car ‘Beat’.