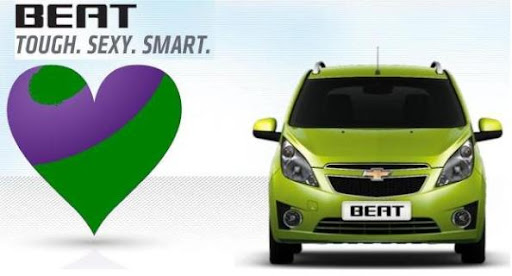 General Motors Indian will launch the diesel variant of its popular compact car ‘Beat‘ in India by 2011. GM Indian is looking to launch the car by the first quarter of 2011.

The company, which introduced petrol version of the car during the Auto Expo in New Delhi, in January has been witnessing huge demand for the compact car from its stable.

Beat which enjoys a waiting period of 30-40 days have boosted sales of GM India. GM will inaugurate its new engine plant in India by November 2011 and will be the first flexi plant which will manufacture petrol as well as diesel engines simultaneously.

Beat diesel will only increase completion in the small car market and will compete with Maruti Ritz diesel, Ford Figo and Tata Indica. The car will be manufactured at GM India’s new Pune plant.

Chevrolet will also add the LPG variant of the Beat by year end.

Car market leader Maruti Suzuki India Limited, today unveiled its much awaited SX4 Diesel. The SX4 Diesel is cleaner and more fuel efficient than all comparable cars in its class and will be offered in […]