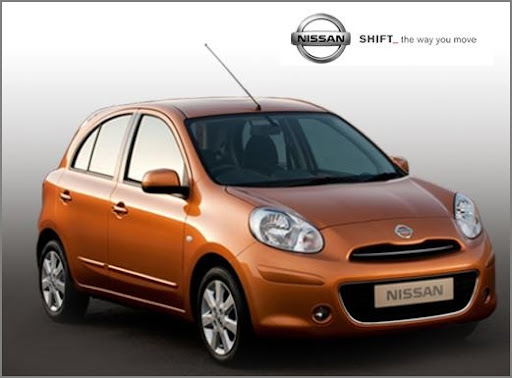 After launching the petrol version Micra at a very competitive price Nissan India is planning to launch new models in India. First will be a diesel heart for the Micra which will be launched in November-December and it wil be followed by a sedan based on the same Micra platform.

The automaker plans nine model launches in India in the next couple of years. Tokuyama said five of the nine would be made locally at the company’s Chennai factory with three on the newly-developed ‘V’ compact car platform.

The first is the redesigned Micra hatchback, followed by the sedan in 2011, while the third model is yet to be finalised, Tokuyama said. The remaining four models will be imported completely built up (CBU) from Japan.

Nissan executives in Thailand have previously said the Micra sedan would be 4.4 metres long and not sold in western Europe while the third vehicle Nissan India’s Tokuyama said had ‘not been finalised’ was described by executives at the Thai Micra launch as ‘a new compact MPV to replace the current Note.

The V-platform was developed by Nissan, rather than the Renault-Nissan alliance, but is available for the French to use and under consideration for a future Renault, Nissan executives have said.

Micra built in India has 85% local content with 98 local suppliers.

Japanese car maker Nissan is offering huge discounts on the Teana sedan and X-Trail SUV. The Teana base model is now available at Rs. 17.99 after a discount of Rs. 3 lakhs. The same also […]

Nissan 370Z on display in Bangalore

Nissan’s flagship model for India 370Z is now on display in Bangalore. Shahwar Motives is the dealer for Nissan in Bangalore. The 370Z has been conceived as an “Everyday Sports Car,” bringing to life the […]

Our regular reader Manoj Prabakaranhas has shared with us a spy-shot of the upcoming Nissan Evalia MPV that he spotted at the Trade Center in Chennai. Nissan had showcased the 7-seater MPV at the […]