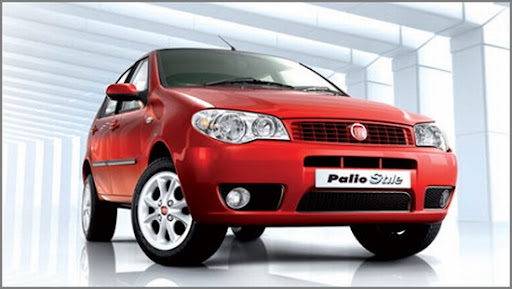 Fiat’s hatchback Palio will soon meet the same fate as Uno. It is almost on the verge of an exit from the Fiat India’s portfolio. The car sells less than 50 units per month, making an insignificant contribution to Fiat’s volumes. While Uno got replaced with Palio, it’s now the turn of Palio’s replacement with Grande Punto.

Fiat Palio will not be upgraded to meet the Bharat Stage IV norms. This will eventually lead to the phasing out of Palio. The spokesperson said the company intends to get the Palio buyers to switch to Grande Punto—its new bet.

Palio Stile, which is available in 1.1 and 1.6 litre versions and priced at Rs. 3.5-4 lakh, started witnessing a decline in sales volumes 2004 onwards when Hyundai, Daewoo, Ford, Tata Motors, GM and Maruti Suzuki started flooding the Indian market. The car was launched in September, 2001.

Mercedes & Skoda will be opening new dealers in Goa.

If there is one brand that knows how to make its presence felt in the market, it has to be Fiat.  Right from the beginning of 2012, Fiat India has been working in a ‘sleeves […]