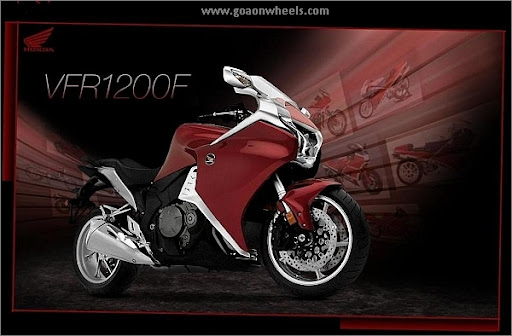 The Indians may be introduced super bikes by Yamaha with its super bikes R1 and MT01 but Honda is keeping quiet.After launching the Honda CB100R and CBR Fireblade Honda is gearing to launch its VFR1200 in India.

Although the introduction of such bikes do not translate into large volumes due to their high price tags (enough for buying four compact cars) the launch is aimed at pushing and enhancing the company’s brand image in the competitive domestic two-wheeler market.

Other manufactures like Ducati, Harley Davidson, KTM, Kawasaki, Suzuki and Yamaha are all planning to launch more bikes in India.

Honda has launched the upgraded Unicorn in India. It is now christened CB Unicorn. Honda seems to name all its bikes starting with CB.

Honda motorcycle scooter India has launched the CB-Twister in new colour options. A new Trend we guess is emerging with most two-wheeler manufacturers offering models in white colour. Honda too has offered the CB-Twister […]

Honda Motorcycle and Scooter India (HMSI) on launched the new version of its gearless scooter Activa. Honda Activa scooter is based on the Aviator format and continues the Activa legacy. While introducing new features Honda […]