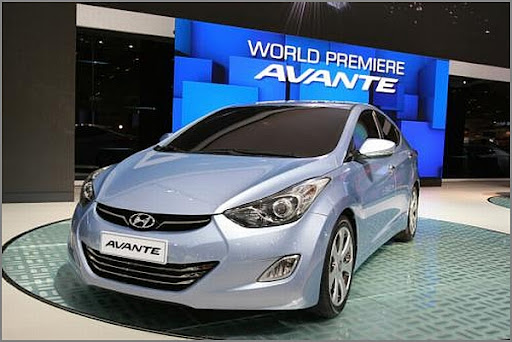 Hyundai India may relaunch premium sedan Elantra, which was phased out in 2007 due to dwindling sales, in the country.

“We are reviewing the relaunch of our Elantra in the country which will be subject to the growth in the market size of the premium segment,” company’s Senior Director Y K Koo told reporters here today. However, Koo did not reveal about the likely timeframe of its relaunch.

“The market for premium segment in which Elantra fits in is just 3 per cent of total market size of cars in the country. But this market is growing,” he said.

Hyundai phased out luxury sedan Elantra in 2007 in view of its low sales in the country. It was placed in the most competitive segment with other models including Toyota Corolla, Honda Civic, Skoda Octavia etc.

Hyundai may also get in a diesel variant considering the popularity of diesel cars in India.

Hyundai has recently unveiled the 2011 Elantra also known as Avante in some markets at the Busan Motor Show in South Korea.The new Avante encompasses Hyundai’s latest ambitions, featuring the best styling and performance in its class.

Hyundai India is going to launch the its new Verna by end of May and will offer the car in 4 engine options. This will be a first time in India by an automaker to […]

Hyundai India has confirmed that it will phasing the Getz from the Indian market.

Hyundai India is teasing the all the new Verna’s Fludic design commercial at the ongoing IPL games. The new Verna will come in 4 engine options and 2 transmissions. The new Verna is expected to be […]