The rise of the electric car market, which is likely to lead growth in the automobile industry during this decade, has created new opportunities for Indian automakers to build alliances with Taiwan companies.

Taiwan has businesses that make complete automobiles, parts and accessories as well as one of the world’s largest electronics industries with companies that aim to tap growth of the electric car market.

Taiwan’s Luxgen, the winner of the Taiwan Excellence Gold Award this year for its Luxgen7 MPV, has launched one of the world’s most advanced cars with a number of energy-saving features. Luxgen will soon start selling electric cars.

“If you sit in the MPV and use the electronics, you’ll see that this car can do more than any other car on the market,” said Peter Zec, president of German design organization red dot and one of the Taiwan Excellence Awards judges. “The CEO of Luxgen combined his knowledge of automobiles and electronics.” 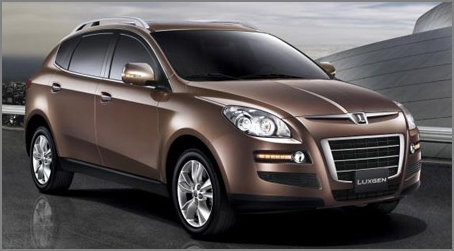 By 2020, about 5% of global auto production, or nearly two million cars, will be electric. In India, electric cars are expected to account for slightly less than 5% of the overall automobile market within the next seven years, based on industry estimates. With rising fuel cost and environmental concerns boosting demand for electric cars, auto majors in India such as Mahindra & Mahindra, Tata Motors, Maruti Suzuki, Hero Electric and Hyundai are assessing the electric car market.

While domestic auto sales in India rise by 25% in currency terms this year, the surge in demand for auto components and accessories presents an opportunity for partnerships that help cut manufacturing cost, boost energy savings and provide greater driver safety.

“Taiwan has a good image in the electronics industry and can use this positive image to expand into industries such as automobiles,” said Sejiro Oshimura, a professor at Japan’s Mejiro University and also a judge for the Taiwan Excellence Awards. “The focus now for the global automobile industry is on

The Midas touch of India is clearly visible on the financials of global auto majors. Just like Japanese auto majors Suzuki and Honda , that get a sizeable portion of their revenues, sales and profits […]

Hyundai launches i20 diesel and i20 petrol automatic

Hyundai Motor India launched two new versions of its premium compact hatchback, the i20. Hyundai launched the i20 1.4L CRDi and the 1.4L petrol with a automatic transmission. Powerful yet fuel-efficient, the Hyundai i20 diesel […]

Automobile demand in India continued to increase and Car sales in India climbed the most in more than a decade in the last financial year. Sales in the year ended March 31 surged 30% to […]