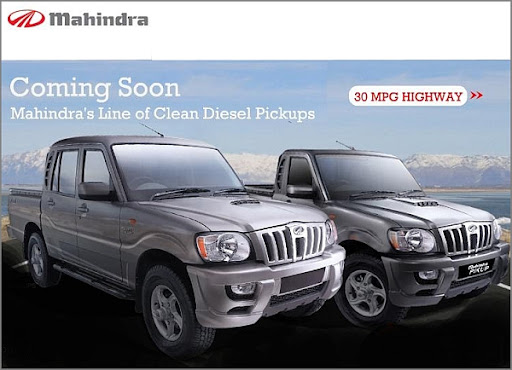 ahindra & Mahindra, India’s largest utility vehicles and tractor maker, said it would launch its compact diesel pick-up truck in the United States by the end of the year.The launch, which will be a year behind schedule, was delayed because of changes needed to conform with US regulations following extensive road tests in America.

“We wanted to give the best product to the American consumer and thereby wanted to be absolutely sure on parameters before its launch,” President Pawan Goenka said in a statement.

Mahindra, which has built the pick-up on the platform of its flagship Scorpio sport utility vehicle, expects to get US Environmental Protection Agency certification by July and production should start in mid-September.

The trucks would arrive in US showrooms by late December.

Mahindra & Mahindra a well known brand in the Indian market is now a well established player in the Indian auto industry. Stared way back by assembling the iconic Willys Jeep in India, the company […]