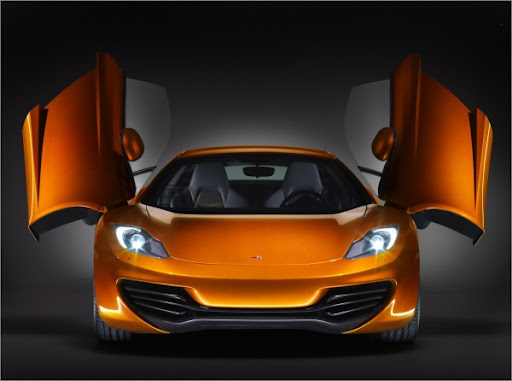 McLaren MP4-12C is the rather unlikely name of a sports car that is set to roll on the Indian roads very soon. The car seeks to integrate the best of features from the Formula-1 circuit including inspired engineering, amazing design and absolute efficiency.

The high-octane MP2-12C car will hit the roads in India, Brazil and China soon. The car designed in UK by McLaren Automotives, is expected to cost between Rs. 87 lakh to 1.22 crores in India.

McLaren MP4-12 C is a veritable beast on the tracks with its 3.8L M838T twin-turbo V8 engine that delivers 600 HP of power and 600 Nm of torque with an acceleration capacity that allows it to reach 60 mph from rest in less than 3.5 seconds flat. The car zooms at a top seed of 200km/h.

The power of a car means little if it weighs a tonne, but makes all the difference when it is light on its wheels and that is the reason the MP4-12C chassis is made from carbon fibre, the very first instance of aerospace technology being used in a 4 wheeled vehicle to increase its power, safety and the power to weight ratio.

For those who would be intrigued by the rather strange nomenclature of a car touted for its advanced features, MP4 is the designation of the chassis that is common to all McLaren F1cars, designed since 1981. The 4 refers to McLaren Project 4 that is the result of a merger between Ron Dennis Project 4 organisation with McLaren.

The ’12’ of McLaren MP4-12C stands for overall performance index used for benchmarking the model to that of its rivals on performance while the C stands for the unique carbon application to the McLaren sports cars.