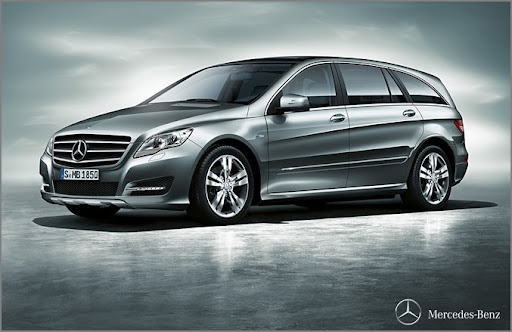 Mercedes has launched its premium MPV in India the R-Class. 2010 has been a roll for Mercedes India, with a slew of launches  and ne-technologies in the form of new engines.

The R-Class or the Royal class is priced at Rs 58.7lakh ex-showroom, Mumbai. Launched internationally in 2006, the car that has been launched in India is the updated version.

The R-class will come in only one variant to begin with – the Long Wheel Base R350 4MATIC which has a 3498cc V6 petrol engine. The fully loaded car will come with bi-xenon headlamps, steel spring suspension in front and AIRmatic (Adaptive Intelligent Ride control) system featuring self-levelling air suspension in the rear to aid comfort and improve driving dynamics.

The 7G-TRONIC 7-speed automatic transmission comes as standard with the R-Class. It is operated via the DIRECT SELECT lever on the steering column. 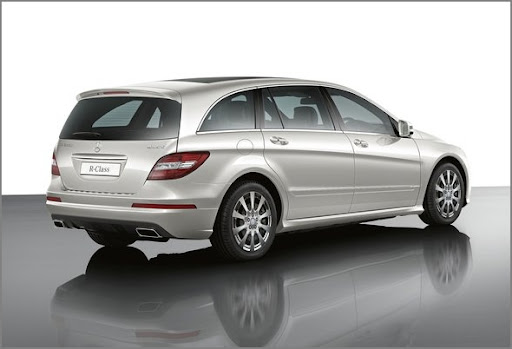 Pics of the Mercedes C-Class & SLK launch in Goa

If you’re a Mercedes biased executive, you’ll have no issues with owning the current running E-Class but if not then you don’t bother getting one on your own. Some Merc fans criticize the underwhelming look of […]