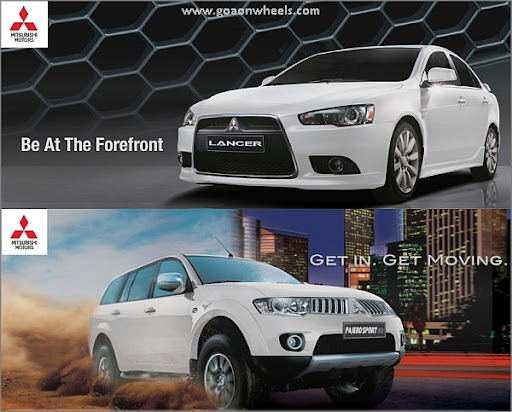 Mitsubishi which has been in India since 1998, is looking to strengthen its presence in the passenger vehicle market  by launching its Evolution series of cars and a new variant of its sports utility vehicle Pajero in the domestic market as it looks to double sales this fiscal.

Mitsubishi had planned to introduce one or two models from the Evolution series in last year, but put off the decision due to the global downturn.

Recently it launched a variant of its sports utility vehicle Outlander with a 2.4-litre petrol engine, which is Bharat Stage IV emission norms-compliant.

Besides Outlander, HM-Mitsubishi currently sells sedans Lancer and Cedia and the SUVs Pajero and Montero, in the country. The partners jointly have 40 dealerships across the country.

Maruti Suzuki after a lot speculation finally plans to launch the diesel variant of the SX4 in India. Maruti which sells the petrol SX4, will now compete with other diesel sedans in the segment such […]

Well we all love to cruise, don’t we. But there are only hand affordable cruisers currently on offer in India. Apart from Bajaj Avenger and Royal Enfields, most cruisers are only for the big rich […]