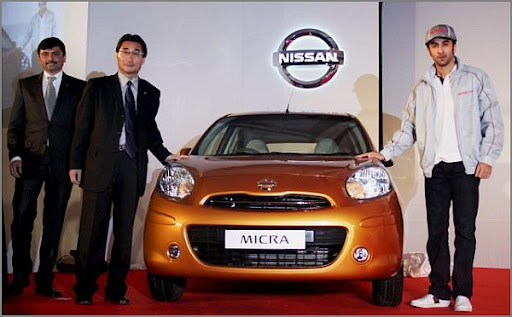 Nissan India has been in India for quite sometime with Nissan X-Trail and Teana but now have got a new face.

Nissan announced Ranbir Kapoor as their official brand ambassador. The contract is for a period of three years during which Ranbir will undertake endorsing Nissan’s products & services. 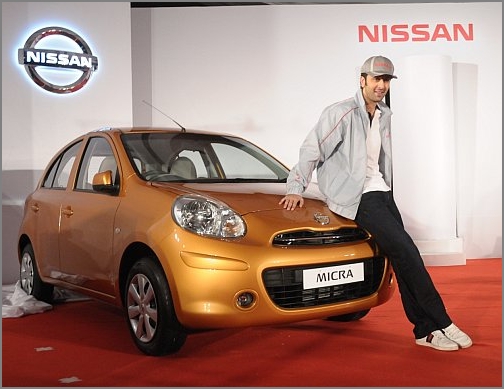 “With the launch of the new Nissan Micra next month, Nissan will begin an exciting journey in India aiming to provide Indian customers with a full range of products and services. We are confident that Ranbir would act as a perfect catalyst to communicate our brand attributes and also enthrall the Indian customers bringing them alive through his persona and charm”, said Mr. Tokuyama, MD & CEO Nissan Motor India private Limited.

Nissan Micra will be manufactured at the company’s Chennai plant and would be available in four variants, XE, XE+, XL, XV. Micra would be introduced with a 1.2 litre three-cylinder petrol engine capable of producing 75 bhp. Nationwide sales of Micra will start from about mid – July 2010.

The company has already got 400 bookings for the Micra, whose delivery will start next month. The company is planning to roll out 80,000 units of Nissan Micra this fiscal. Nissan is in the process of expanding its dealership network and plans to take the total number of dealers to 100 by 2013

The Kwid 1.0  is targeted at buyers who want a small hatch but is high on performance. Renault has introduced the Kwid 1.0 variant in the Indian market recently and the car is also on […]